Willow and Xander went to The Bronze, where she feeds off a girl. Xander reveals to the Master that Cordelia had mentioned summoning the Slayer, so the Master orders Xander and Willow to kill her. At the library, Willow and Xander trapped Rupert Giles, and drained Cordelia of her blood. Concluding their mission, the Master allowed Willow to play with her “puppy”, which meant torturing Angel, the traitor vampire with a soul, with Xander watching them.

In the mainstream Sunnydale, the vampire Willow was shocked to see the humans roaming freely at night. She had an altercation with Percy West in the Bronze, which had the good side-effect of making him respect the real Willow. Following this, she exposed her vampire face to Xander and Buffy, causing them to believe their Willow was now undead. Disappointed with this reality, Willow found herself wandering through the streets until she was found by a group of vampire assassins sent by the Mayor Richard Wilkins. After subduing them all, and making them her minions through intimidation of the leader Alphonse, she proceeded to try to make the world better (for her). They started by taking over The Bronze, taking the patrons as hostages, where she sired Sandy.

At the club, Anya recognized the vampire Willow, and convinced her that she could help her get back to her world but first they needed this world’s Willow to perform the spell. The vampire tried to kidnap her human counterpart at the Sunnydale High library, but was subdued with a tranquilizer gun. Switching clothes with her vampire counterpart, the human Willow helped the Scooby Gang retake the Bronze.

Vampire Willow was returned to her world by Anya, Rupert Giles, and Willow, though she was returned to the exact moment she was taken. Grabbed by the Wishverse versions of Oz and Larry Blaisdell, she was pushed into a broken wooden board. She started to say “Oh, fu–”, and turned to dust.[3]

Vampire Willow possessed all the regular powers and weaknesses of a common vampire. She was also a formidable fighter, capable of defeating a pack of vampires by herself.[3] 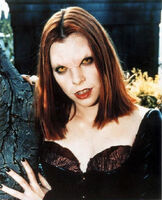 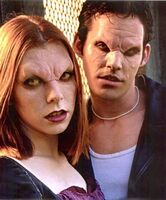 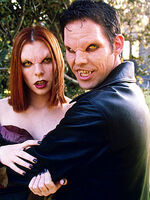 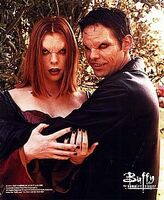 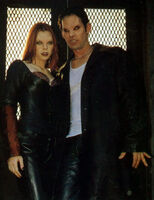 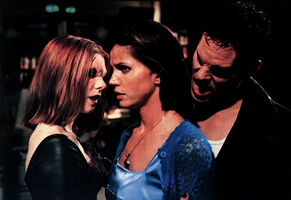 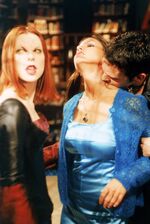 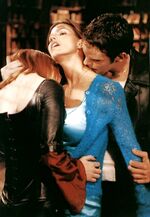 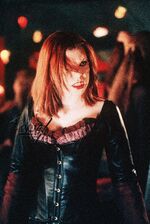 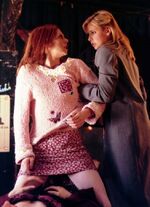 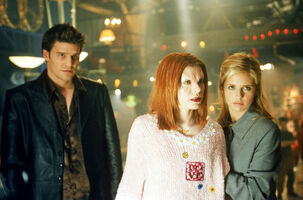 Retrieved from "https://buffy.fandom.com/wiki/Willow_Rosenberg_(Wishverse)?oldid=182259"
Community content is available under CC-BY-SA unless otherwise noted.