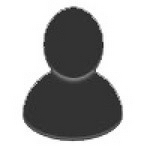 Hi, welcome to Buffyverse Wiki! Thanks for your edit to the Spike and Dru page.

Yah, I couldn't find any good categories that suited it, and didn't want to create one for just that article, so I figured that I'd spend some time poking about until I could find something better. -- sulfur 13:04, October 2, 2009 (UTC)

Most the Buffy comics aren't mini series though, they're story arcs of an ongoing series. The Origin was a three issue spin-off from Dark Horse's ongoing Buffy series. It's official title is Buffy the Vampire Slayer: The Origin. Other stories, such as "False Memories", are more akin to TV episodes; they have individual titles but they fall under one series. Let me show you:

I'm more thinking of say... Oz (comics), Willow & Tara, Spike and Dru. All of those are miniseries, and yet... listed under their short name. I get what you're aiming at (trust me, I'm a comic guy), but I don't see why the inconsistency. That's what I was aiming to fix with the move. My logic was, since all of them are Buffy mini-series, why have the extra text every time? -- sulfur 22:01, October 7, 2009 (UTC)

You're right, there is an inconsistency, and it should be fixed. If BtVS is an official part of those series' titles, then that's what their article title should be. Doesn't matter about extra text, we should use the full title, it's more professional. Paul730 01:22, October 10, 2009 (UTC)

I've seen it done in 2-3 different ways, couldn't find a style document that said "this is the way", so went with that one short term until someone else could peg it. I'll follow that style from now on and convert to that when I see others. -- sulfur 19:51, October 19, 2009 (UTC)

I really very strongly disagree with you moving my entry of "Faith's Knife" to the T section under "Thing of Beauty".

Not only is it rediculous to even suggest that the character was nicknaming her knife "Thing of Beauty" it's a knife and should have been left in the F section as entered.

Item #1: Please sign your talk page entries with ~~~~
Item #2: The article already existed under that entry. Perhaps it should not be there, perhaps it should be listed as "Faith's knife" (please note the capitalization). As things stand, the article should be in one place, and one place only. Bring it up on the talk page for the article as to a better name for it.
Item #3: The "T section" is a listing on a category. Nothing more. Most people do not use wikis by interacting through the categories, but wander from page to page, following links. -- sulfur 03:21, July 28, 2010 (UTC)

I'm trying to follow the instructions as I find them and adding talk to the begining of my notes is the first suggestion at the top of the page.

Thanks for being considerate and stating the obvious. I saw the other entry of "Thing of Beauty" after I had posted my article, which is a bit more clear in it's title of "Faith's Knife" (note the capitalization)

If you were so bothered by the lack of correct punctuation why not simply correct it and move along?

I was trying to be inclusive by linking that poorly titled article to my more straight forward one but apparently you feel it's clearer listed on the weapons page under "T" for "Thing" rather than to have it listed under "F" for "Faith's Knife"? I looked under "F" to see if there was a listing for Faith's Knife and there wasn't, so I created one. I don't know how others use this Wiki but I was looking for information about Faith's Knife in the alphabetical section under Artifacts and Objects. When I stumbled across "Thing of Beauty" I wanted to know if it could be changed so I hit the "problem with this page" tab...if it's not to be used then it shouldn't be there.

I'll be seeking out other Admin's to get the level headed response and action I'm looking for. Thanks!

Things will only get sorted in those categories when they have actually been added to the category. Since "Thing of Beauty" was not in that category in the first place (I added it later last night), you would not have found it that way. In terms of changing the capitalization, "Faith's knife" already exists, and already redirects to Thing of Beauty, so I could not do anything with the capitalization on your article. As such, I took the information, ensured that it was all in one central place, and changed the article to a redirect, figuring that an admin could sort out the final destination later. -- sulfur 10:40, July 28, 2010 (UTC)

Retrieved from "https://buffy.fandom.com/wiki/User_talk:Sulfur?oldid=104472"
Community content is available under CC-BY-SA unless otherwise noted.