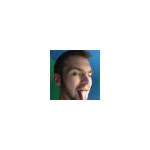 Hi, welcome to Buffyverse Wiki! Thanks for your edit to the Sacred Seal page.

I want to modificate my second article and to erase my first article.What is the solution,please ?

Hey!how are you? I saw that you started to edit very recently, and I saw you created a very good article; Inca sacred seal, but there is a parragraph that´s not very clear:

Ampata, which has a psychic link, at a certain distance, with the Sacred Seal,attack Giles and breeze definitively the plate. Before neutralizing Buffy, trying to inhale the life forces of Willow and to decompose in the arms of Xander;

hello just to tell you that I have clarified the psychic link between Ampatha and the Seal.Watch the relevant article.

First, let me reiterate that you should sign your posts with four tildes (~~~~). Now, to answer your questions:

I think you are being way too literal with several of your categorizations. A good rule of thumb should be whether or not the subject is known for being in the category. With all of the things Buffy has gone through, she could possibly belong to most categories. As a result, it sorta loses the meaning. DinoSlider 04:10, May 28, 2011 (UTC)

Instead of deleting the content of a page and replacing it with "to erase", please add the {{Delete}} template to the top of the page. This causes it to show up in the "Candidates for deletion" category so admins and users can take action.

Instead of adding a page to the "Non-canon articles" category, you should add the {{Noncanon}} template to the top of the page. Not only does this add the category to the page, it also adds the non-canon banner. DinoSlider 02:19, August 4, 2011 (UTC)

The word Xandermaniacs was never used in the series, not was it ever used by any of the producers. Please be more precise with your naming. DinoSlider 03:10, September 5, 2011 (UTC)

I have to disagree with the "Buffy/Angel Season ## Characters" categories you are creating. Character pages are written from an in-universe perspective and the categories they belong should as well. There are plenty of places where out-of-universe perspective can be used to convey this information. For example, each season has a page that lists the episodes and characters for that season. I don't see a real need to add these categories as well.

I'm sorry to constantly be the bearer of bad news, but I am just trying to be helpful. It is great that you have helped out in making sure the categories are accurate and fully fleshed-out. However, too many categories is almost as bad as not enough. Personally, these new categories seem like too much and I would ask you to not continue adding them. DinoSlider 01:51, September 7, 2011 (UTC)

Many of your contributions have been filled with speculation and personal analysis. Should this behavior continue we will have no choice but to block you from editing.--Gonzalo84 04:54, September 17, 2011 (UTC)

All vampires were humans so it is pointless to list them as both. Also, the non-powered humans category has been deleted and is being removed from all articles. All your latest category edits will be undone. Please refrain from adding categories that have been removed by either me or DinoSlider.--Gonzalo84 18:56, September 26, 2011 (UTC)

That category is not correctly written. Please refrain from adding it. Besides, Thesulacs were not "invisible" they were energy beings.--Gonzalo84 14:12, October 19, 2011 (UTC)

The category was deleted (too few articles fit). Don't list witches because their powers come from a different source.--Gonzalo84 19:57, October 20, 2011 (UTC)

Please do not add removed categories. It has been done for a reason. Should you do it again you might be temporarily blocked from editing.--Gonzalo84 19:57, October 20, 2011 (UTC)

Careful with your writing, and with the new articles. You have created two articles for already named characters: Gwen Ditchik and James--Gonzalo84 02:26, November 10, 2011 (UTC)

You ignored request and warning about not re-adding removed categories. Also, you misspelled the words ("Slayers killers" is incorrect). You're blocked from editing for a whole week.--Gonzalo84 05:12, November 10, 2011 (UTC)

You keep adding deleted categories. This one month block is the final warning before the one-year block.--Gonzalo84 06:08, November 18, 2011 (UTC)

I've uploaded an image of Alan Duffy with four arms as you requested. You can find it here: http://buffy.wikia.com/wiki/File:Alanduffy2.png Skull-duggery (talk) 20:01, April 27, 2013 (UTC)

If you want add some more demons to the list please do it to the page I created Demon/Listed By Appearance. The thing is that long galleries and lists can clutter up pages so they would be better put in their own page.OwnerMan (talk) 12:21, May 2, 2013 (UTC)

I just assumed Kathy was a shapeshifter because Giles mentioned that Mok'tagor demons could assume a human disguise. And I did know Ken wasn't a shapeshifter, in fact I'm the one put it on his page that he used prosthetics.OwnerMan (talk) 12:10, June 25, 2013 (UTC)

You're right. I overlooked the fact that Spike's Desoto still exist and I immediately thought that that page was the one being cleared out. Thanks for clarifying. FTWinchester (talk) 22:21, January 12, 2014 (UTC)

Is it okay for us other contributors to step in on user blogs if those blogs just repeat certain content anyway--especially if they are advertisements for love spells/potions? This wikia is literred with several of those, and as of a few minutes earlier, we got another one yet again. FTWinchester (talk) 04:21, January 13, 2014 (UTC)

I noticed you were adding/editing a lot of the character appearances with tables, so I decided to create some templates to make it easier. Please use these instead:

I noticed you added new categories like "Buffy Season 5 Characters". On this wiki, we don't actually use the category "characters", we use "Individuals" because these are in-universe articles (they're not acknowledged as fictional characters except for the Behind the Scenes and Appearances section).This is stated on the community messages board. Can you please remove them?

Okay, you clearly didn't get that last message. It is stated on the community messages board in plain view of the Recent Wiki Activity. Can you stop, and maybe remove the ones you've added? OwnerMan (talk) 04:21, April 21, 2016 (UTC)

Just remove all the categories with the word "Characters". OwnerMan (talk) 10:21, April 22, 2016 (UTC) No, don't change it to "Individuals", remove the whole category. It's not the usage of the word "category" that's the problems, it's that the category is an "In-Universe" Reference.

Because on this wiki most of the canonical articles are written in "In-Universe", meaning that references to the real world are not added anywhere other than the behind the scenes or appearances sections. This also extends to the categories. That's why we don't have "Characters" as a category. Referencing the seasons would be the same as referencing them as characters. OwnerMan (talk) 11:32, April 22, 2016 (UTC)

I'm not sure upcoming fans might come to this wiki unless they want spoilers. Anyway, the Appearances section already covers what episodes and comics they appear in and the season articles already lists all the relevant characters in that season. OwnerMan (talk) 11:52, April 22, 2016 (UTC)

Retrieved from "https://buffy.fandom.com/wiki/User_talk:LemonFaust?oldid=159370"
Community content is available under CC-BY-SA unless otherwise noted.