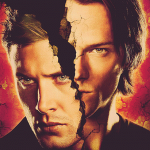 Hi, welcome to Buffyverse Wiki! Thanks for your edit to the Dimension page.

Please leave a message on my talk page if I can help with anything! -- QueenBuffy

I totally think it could have it's on page. :) QueenBuffy

Sure, let me look into it. QueenBuffy

Questions always welcome and I am here to help, so never worry that you are "bugging" me. I'm with you and think unless it was directly stated, then it shouldn't be there but perhaps in notes, put the implication. QueenBuffy

yeah, I know, I need to sign that for the user, since it looks like he forgot. And the page is unlocked now :)QueenBuffy

I don't have a problem with the page. Make sure you reference which episode/moment he is mentioned however, so it doesn't seem too out there. After all, most everyone on earth know the story of Jesus already, but every vampire story is so different when it comes to Jesus, so it has to be the way Buffy the Vampire Slayer related to him, and I don't think they ever really did. I'll use your discretion on the page. QueenBuffy

Hm. I wish we had more info on this. Very interesting. Did you watch it with close captions? Was the "Fates" capitalized? QueenBuffy

Yeah I think he was just saying the fates, like the saying "if the fates allow" I don't think they mean an actual group called "The Fates". QueenBuffy

OMG are you new to the series?! Um yeah, it was TOTALLY uncalled for LOL QueenBuffy

You enjoying Angel so far? QueenBuffy

Oh, that will definitely keep you busy. Do you have the DVD's are do you netflix? QueenBuffy

Perhaps to fight off Vamps that could have interrupted Willow? She had to do the spell right above the Hellmouth. Good observation though! QueenBuffy

Yeah, just have to take it for what it is. Sorta like when you can obviously tell it's Angel or Buffy's stunt double. I just ignore it lol. And yes, Joss is pure genius! QueenBuffy

Yeah I know, like the mayor turning into the huge snake. lol Buffy is such a cult hit, that's why this Wikia still gets SO many viewers. I wish Joss would make a Buffy movie. If they can make a Veronica Mars one, they could definitely do a BTVS movie. QueenBuffy

Oh awesome, thanks for clearing that up. I love finding new things about BtVS and Angel. It's fun watching episodes, like OMWF with subtitles. QueenBuffy

I don't think it's necessary to categorize all vampires as immortal since being a vampire already falls under that category.OwnerMan (talk) 13:18, September 21, 2013 (UTC)

The thing is there was an immortality page but one of the admins deleted it because it was not deemed "buffyverse specific". The same thing happened to the superhuman strength page I created. OwnerMan (talk) 06:41, September 22, 2013 (UTC)

Apparently they think there's nothing the Buffy wiki can add to an immortality page that's not on any other wiki except for what beings have that power. I suppose when it comes to powers like telepathy and empathy, there are different depictions on how they work among different shows so they let them be.

I personally think the wiki could do with an immortality page but I never bothered because it would just get deleted anyway.OwnerMan (talk) 01:03, September 23, 2013 (UTC)

If you want, erase "Spike's car" page because there is the same subject in "Spike's Desoto"

P.S. I wouldn't say I'm gifted but I appreciate the compliment.

I don't think the gifs necessarily need to have immediate animation, unless they're images placed next to the opening paragraph/sentence of a page.

I initially assumed that it was teleportation, until stumbling upon that line of dialogue. I've been meaning to remove that part of the description on the Teleportation page and try replacing it with something that doesn't allude to Willow using teleportation. On an unrelated note, I'd say, despite Anya's explanation, Willow was capable of teleporting, as demonstrated when she moved herself, Buffy and Dawn to the Magic Box from Rack's hideout. I'm assuming the thing with the lightning was just for its flashiness and so she doesn't use too much magical energy.

Thank you. I'll add some pictures soon and I'm gonna add a few things on the Magic page. I'd also like acknowledge the great work you've been doing with the spell and ability pages. Keep it up!

The First Evil and W&H

I don't think they were ever connected. It was never suggested on the show. You do make a good point. If Wolfram & Hart were bent on taking charge during the apocalypse, then why weren't they interested in the First? In fact, why didn't they have a branch in Sunnydale since the apocalypse was a recurring threat there? I'm just as curious as you on why these two powerful entities never crossed paths.

10:17, March 14, 2014 (UTC) Could be. Having Angel deliver the amulet was probably the writer's way of intersecting both storylines so that David Boreanaz could have an guest appearance in the final. To attentative fans, that would the likely hand wave. OwnerMan (talk) 02:56, November 9, 2014 (UTC)

I wholeheartedly agree. I get that the moon and branches are meant to represent the dark nature of the show, but it's far too generic and could practically serve as the background of any show or movie or book that largely takes place outdoors during night. If you're wondering why no one has responded, then that's because a lot of the Admins on this wiki aren't active most of the time. They tend to occasionally drop in from time to time and make a few changes before disappearing. OwnerMan (talk) 05:13, November 6, 2014 (UTC)

Yes!! I've wanted to update it for like 2 years now! lol Let me know if you want to start a talk forum, and we can all put in ideas. I know how to change the background, so no worries there. :) Did you contact User:Gonzalo84 also? QueenBuffy

Ronald Meeks page/character, is credited as "Roland" Meeks, on IMDB. Both on the actors page and on the episode page. What do you think? Is this an error on our part, or IMDB part? QueenBuffy

Yeah, unfortunately some pages go through dry spurts, but the wiki still gets about 30,000 views a day, which is wonderful! If you want, we can maybe post a blog about "seeking a new admin". Also, do you want me to make up some background examples, and we can decide on one? QueenBuffy

Yeah good point lol. Or what about a background scene? Like downtown Sunnydale? Or the inside of the Magic Box? QueenBuffy

Ok. Give me a day or two and I will come up with different ideas. Oh, btw, do you want to be admin? QueenBuffy

Well, you've made more than me! lol That and you still come by more often. I know you'll do great. Just keep an eye on spammers and what not :) QueenBuffy

Here is one idea so far.

Darker colors or darker themes? It really depends on the images I can find. If you find some super large wallpaper style images, that you think would split apart good, to make good backgrounds-- just message them to me here. I gotta run for now, but I will work on more :) QueenBuffy

Not to intrude in the conversation, but I have some suggestions. This is my shoddy attempt at giving you guys an idea of what I'm talking about. What I'm thinking is having the main-Main characters from either show along with some little extra features to accompany it. I'm thinking adding the little text stylings seen in the buffy opening sequences (such as the very brief "who died") or maybe a large shot of Los Angeles like on the Angel DVD covers. I originally thought that the four main Buffy characters (Buffy, Xander, Willow & Giles) could go on the left with the four main Angel characters (Angel, Cordelia, Wes & Gunn) on the right, but then I remembered other important characters like Faith and Spike.OwnerMan (talk) 04:55, November 23, 2014 (UTC)
I just posted screenshots of the texts I talked about in the Title Sequence page. Just an idea of any details you might add give it a little personal touch. Here they are:

I really like the idea of the faces, incorporated with the title sequence/font. If you could tinker with that and make it work (look super professional) that may work perfectly. What do you think FT? I would also make the suggestion of using the most recent (S7) promo images that you can find. You may want to also add Fred, or Wes, just to incorporate Angel series also. I may not be on this week (Thanksgiving vacation) but I will Sunday evening or Monday. Can't wait to see what ya'll come up with. I was also thinking of maybe the Graveyard for a background idea? Also, I guess we need to wait and see what background we use, before deciding on the new color scheme, but I definitely want to get away from blue! lol Maybe reds, golds, etc. Talk to you guys soon! QueenBuffy

I'm back in town and will help with the background this week :) QueenBuffy

15:31, December 1, 2014 (UTC)
I know we didn't say comics, but I came across this image and thought it might be cool on each side of the page. Just an idea. Thought? QueenBuffy

Awesome!! Let me work with it now. If it doesn't work, we'll just keep trying different images until we get the right one :) QueenBuffy

Ok, how does that look? Is the background centered ok? I'm not sure how it truly looks since I'm on a small screened laptop, just want to make sure there aren't empty spaces and what not. :) QueenBuffy

Ok, the image is "Fixed" I just need to change the height, it's an easy fix. As far as the color scheme, I just went with what meshed well with the new background. We can leave it up temporarily until a new background comes along, that we like better. :) QueenBuffy

Yeah it needs to be deleted. While it is interesting, it doesn't pertain to Buffyverse at all. If pages like this stayed, we'd have to make others, like The Ringer (Sarah and Amber were in it), Veronica Mars, Tru Calling, etc. QueenBuffy

If you are talking about the main infobox images of characters, they should be the most/newest one available. Season 7 Buffy, Season 5 Angel, etc. I changed the theme color to match the new background. They only thinkI don't like is the "buffy dark horse" logo that is showing on the bottom right. I actually would love the logo/credits background I made, but I guess we can keep this one. I'm assuming that is supposed to be Angel? haha QueenBuffy

Yeah I'll work on it :) Let me know if it cuts off again for some reason at the bottom QueenBuffy

Affiliates Hi :) My name is John and I'm an admin on Mistresses Wiki.

I just started watching the show and upon visiting the wikia I saw the affiliates list. I was wondering if you'd be interesting in affiliating my wikia ? :)

Retrieved from "https://buffy.fandom.com/wiki/User_talk:FTWinchester?oldid=144830"
Community content is available under CC-BY-SA unless otherwise noted.