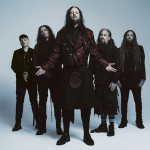 This is your user page. Please edit this page to tell the community about yourself!

My Favorite Characters And PagesEdit

My info of other thingsEdit

Huge fan of Buffy and angel series. Kinda got into the comics. But was heartbroken when Spuffy broke up :( they belong together and season 12 never happened for me. I enjoy editing, fixing format, fixing links and fixing spelling. I'm a huge fan of the vampire diaries, the originals, legacies the spinoff to the vampire diaries and originals. The walking dead, talking dead and fear the walking dead. I also enjoy watching sex and the city tv series and movies. Jerry springer, Dawson's creek, Friends, married with children, charmed original tv series, Gilmore girls, breaking bad, boy meets world, the secret life of the American teenager and family guy. I love listening to music as well I will listen to anything but rap (except for Eminem and The Beastie Boys) classical and jazz, I love rock music and heavy metal. My favorite band is Korn. I also like rise against, slipknot, mudvayne, disturbed and linkin park. I'm a huge fan of hockey my favorite team the Chicago Blackhawks, also a baseball fan as well, Chicago Cubs. I also love horror movies as well. (Especially zombie movies) love zombies, I'm a fan of Halloween movies (except for the remakes) alien series, resident evil movies, chucky series, underworld series, night of the living dead (1968) and dawn of the dead (2004), train to busan a Korean zombie movie, I also like the Harry Potter series, books and movies. Star Wars series, Jurassic park movie series, I'm also a fan of Disney movies beauty and the beast (original), the little mermaid, finding nemo, Aladdin, Cinderella (original), the nightmare before Christmas and hocus pocus. I also like hanging out with family and friends, and hanging out with my dog, going for long walks and shopping, love hanging out at the mall. And going to the movies.

Retrieved from "https://buffy.fandom.com/wiki/User:Natalie_j?oldid=200691"
Community content is available under CC-BY-SA unless otherwise noted.