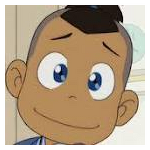 Hi, Trevor here. First off, I'm a very young wiki user/fan. I've been into Buffy since June 2011 and since then I've became a HUGE fan of the Buffyverse/series. Even thought it hasn't been quite a while since i became a fan, it kind of shaped my life and made an impact on me which makes me proud to say I'm a total nerd when it comes to Buffy :).

OH! I also just needed to say season 4 has the best soundtrack :3...

Noone's asked, but I guess I should tell you how I got my name. Well, the first wiki I contributed to was Adventure Time Wiki, and since it was my favorite show (before I watched Buffy ;) (THE BESTEST SHOW EVER XD)...did I just put parentheses' in parentheses'??? (yes I did..).) BUT ANYWAYS! I wanted to have adventure in my name and instead of time i needed another word...I tried over a million combinations (which happened to be taken.) 'till I ended up with this one...I really wanna change it since it sounds lame. Anyone know how to change it?

OK, first, I really don't know what to say on my profile other than "hi my name is Trevor and I wanna be a actor/author", but there is one thing I wanna say and I have no clue if I should do this on a talk page or what. So on the main page of the wiki, I was looking at the release dates for Angel and Buffy comics and they haven't been updated...for like a few months now. It's small, but it's really bothering me and everytime I try to fix/update it, it won't let me. I don't know what I'm doing wrong, if I should discuss this with a main user, or if I'm suposed to say this somewhere else...I have no clue. I updated the release date calender which was also not updated. I just think we need more users to help us work on this whole wiki, which is mainly the goal of making a wiki, to make it perfect. I'm a young buffy fan/user so I just have no clue on what to do. I mainly talked about this on my user page since I needed to fill it up and junk. Thanks for listening? (if anyone is...)

As you know, Joss really knows how to play with our emotions and how to make us look like big, overgrown crying babies (Tara :'(...) He made us fall in love with characters and he made us hate them. He really knew what he was doing when it came to the Buffyverse and he showed it to us in a very unique way. And so I made a list of my, personal, favorites.

"Maybe I'll change my look. Or, or cut class...And I'm eating this banana, lunchtime be damned!"

"Can you believe the watchers council let this guy go?"

~Xander reffering to Giles in Doppelgängland.

"Looks like somebody woke up on the wrong side of the bed!"

~Kathy and Buffy in Living Conditions.

~Tara and Willow in Who Are You.

~Buffy scolding a demon in Flooded.

"I Anya, want to marry you, Xander, because I love you, and I'll always love you. You saw me, and it was this...thing. You make me feel safe and warm. So, I get it now. I finally get love, Xander. I really do."

~Cassie's "ghost" reffering to Tara in Conversations with Dead People.

Buffy the Vampire Slayer Season Eight (basically, all of it.)

Tales of the Slayer

Tales of the Vampires

Night of the Living Rerun

Retrieved from "https://buffy.fandom.com/wiki/User:Adventure_dude?oldid=106145"
Community content is available under CC-BY-SA unless otherwise noted.