The Weight of the World

The Weight of the World

"The Weight of the World" is the twenty-first episode of the fifth season of Buffy the Vampire Slayer, and is the ninety-ninth episode in the series. Written by Douglas Petrie and directed by David Solomon, it originally broadcast on May 15, 2001 on The WB network.

WILLOW GOES INTO THE MIND OF THE SLAYER TO BRING BUFFY BACK — Buffy slips into catatonia after Glory kidnaps Dawn and prepares to bring about the end of the world, so Willow uses her wicca talents to reach Buffy deep inside her innermost secrets and subconscious fears.[1]

Glory prepares for the ritual to open the portal, talking to her minions and Dawn, who has no choice but to listen, as she's tied up and gagged. Spike reports that he can't see Glory anywhere, but the gang has a new problem as Buffy has been reduced to a state of catatonia. Spike tries to violently shake Buffy back to normal, which only leads to a fight with Xander, and Willow forces the two guys apart with magic. With Buffy and Giles out of commission, Willow takes command and lays out a plan: the Scoobies will return to Sunnydale, where Xander will take Giles to the hospital, Anya will look after Tara, and Spike will track down Glory while Willow tries to help Buffy. Spike asks what to do if they run into Ben, only for everyone to get confused and tell Spike that Buffy doesn't need a doctor at the moment. Spike tries to remind them that Ben is Glory, and transformed into her right in front of them. However, no-one is able to recall this and seem unable to grasp the idea. Spike then realizes that a spell must be in effect that protects the information that Glory and Ben share a body from humans (being a vampire, Spike is immune).

Glory first attempts to comfort a frightened Dawn, but starts to lose her cool as she realizes she's feeling guilty. Willow prepares herself for a spell that will allow her into the mind of the Slayer. Things go as planned and Willow finds herself talking to a young Buffy. Willow witnesses Buffy's memory of baby Dawn being brought home by Joyce and Hank.

At the hospital where Giles was getting care, Xander fills him in on Willow's plans. Spike returns after investigating Glory's apartment with little information on her whereabouts. Dawn reveals to Glory that she remembers the transformation from Ben. This really worries Glory as she realizes Ben is closer to the surface than before; indeed, the power that separates Ben and Glory's memories and personalities has started to dissolve, and the Scoobies gradually recall the memory of Ben transforming into Glory. She asks to have Ben taken out of her body, but it is the punishment she must face for her crime. In Buffy's mind, Willow watches Buffy shelve a book at the Magic Box, followed by Buffy's memory of the Guide telling her that "death is [her] gift."

Glory brags to Dawn about her superiority but Dawn knows there is one person who can beat the goddess: Buffy. Meanwhile, in Buffy's mind, Willow visits a 20-year-old Buffy at her house. Buffy calmly acknowledges that death is her gift, before going to Dawn's room and smothering the young girl with a pillow, much to Willow's horror. Glory finds her body taken over by Ben and after some encouragement from Dawn, Ben takes her and runs. Willow watches as scenes from earlier begin to repeat and baby Dawn is brought home again.

Spike and Xander visit Doc for information on Glory, however Xander suddenly remembers that Glory and Ben are sharing a body, signifying that the spell protecting the information is weakening. The two then notice Doc's shifty attempts to hide a small carved box, quickly find that he also worships Glory. With his super speed and long tongue, Doc has the guys at a disadvantage.

He throws the box into the fireplace and attacks. Spike is able to recover the box while Xander stabs the reptilian creature with a sword. The two leave with the box, but after they've gone, Doc's eyes open. In Buffy's mind, before Buffy can go to kill Dawn again, Willow stops her and asks her why.

A good distance away from Glory's hideout, Dawn breaks away from Ben and knocks him out with a chain, but this only allows Glory to re-emerge. Ben and Glory battle for control of the body until Glory strikes up a deal: if Ben cooperates in sacrificing Dawn, Glory will ensure that Ben will not die after the ritual is completed, and will grant him immortality and an independent existence away from her. Out of self-preservation, Ben agrees, and hands Dawn over to Glory's minions.

Willow asks Buffy what is the significance of the seemingly mundane scene of placing a book on a shelf. Buffy explains that was the exact moment when, in her heart, she gave up hope of defeating Glory. Buffy reveals to Willow that she gave up in her heart and that she thinks she is the reason Glory has Dawn and Dawn will soon die. Willow tells her that it's not over yet and she can still do something to stop it.

Buffy finally comes out of her state, crying and collapsing into Willow's arms. As they return to the magic shop, Xander tells Buffy that Ben and Glory are one and the same. After reviewing the information Spike stole from Doc, Giles reveals that a bloodletting ceremony will occur to open the portal, and once it begins there is only one way to stop it: Dawn must be killed. 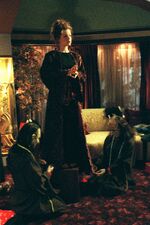 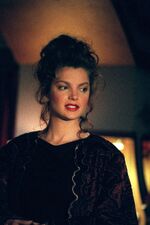 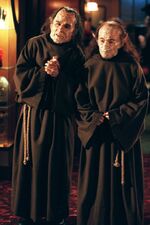 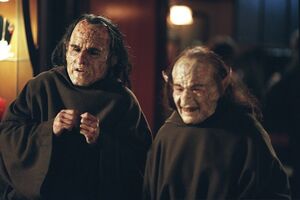 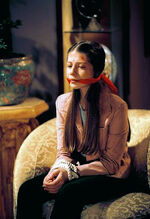 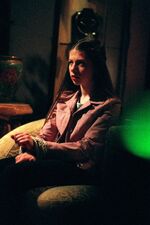 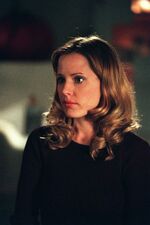