Ted Buchanan was a robot duplicate of his creator, the original Ted Buchanan.

The original Ted, a sickly inventor in the 1950s, created the robot after his wife left him. It was intended to be “a better Ted” (possibly the man he thought his wife should have for a husband). The robot then kidnapped Ted’s wife and held her captive in his bunker until she died.

Subsequently, the cycle continued long after the original Ted's death until he began to date Joyce Summers in early 1998 after redoing her computer system at the gallery she worked at. At that time, he fed her — as well as her daughter's friends — cookies laced with a drug called "Dematorin" which made them compliant and mellow, encouraging them to like him. However, Buffy became increasingly unnerved by Ted's actions. While it initially seemed that she was just reacting badly to Ted's intervening influence, it became clear something was wrong with him when he threatened Buffy after catching her cheating at miniature golf.

To understand what was going on, Buffy snuck into his workplace at Lorrin Software, where she discovered that Ted already plans of marrying Joyce. That night, knowing that Buffy went through his office, Ted came into Buffy's room while she was on patrol where he discovered her weapons and diary, which contained information about her life as the Slayer. Believing she was delusional, he threatened to tell Joyce, condemning her to a life of psychiatric rehabilitation if she didn't do as he said. Ted refused to give back her diary and smacked Buffy when she didn't take her hand off of him; with that, Buffy, grateful for an excuse to hit him, unleashed her Slayer wrath and overpowered him just as Joyce walked in. Despite her mother's pleadings for her to stop, Buffy continued to kick Ted around until he fell down the stairs and broke down.

Although Ted was declared dead, he later reactivated at the morgue and angrily returned to the Summers house — even more unstable, due to his damaged state. He knocked out Buffy in her room just after his 'skin' was pierced when she stabbed him with a nail file, revealing the now ruptured wires in his arm. Covering his sleeve, Ted proceeded to reunite with Joyce and subsequently knocked her unconscious when his instability was raised to the point where he became completely unreasonable.

Buffy ultimately destroyed him by beating him with a frying pan, thus exposing the metallic underwiring in his face. The body of the robot was then disposed of in a scrap heap while some of his parts were kept by Willow Rosenberg as study components, which further helped her in the aiding of the Buffybot.

Unlike Warren Mears' creations, Ted's robot was an independently adaptive and socially prevalent being that could maintain himself and even get a job at a telemarketing company selling software and earning more sales than any other worker, which was extremely impressive considering he was built more than five decades before Warren's own robots. Ted was also said to be an impressive cook, though whether his cooking was that good or simply a result of the drugs he laced them with remains unknown.

However, his programming made him follow a strict code of how to act, obeying rules and strongly holding that "right is right and wrong is wrong". This led Ted to hugely overreact when Buffy attempted to cheat at mini golf where he threatened to attack her, not willing to tolerate that kind of 'malarkey' in his 'house'. Similar to the Buffybot, a specific degree of damage could create flaws in his system, causing him to randomly short out and make irrelevant statements.

He also apparently held 50's social norms, as he claimed he didn't take orders from a woman when Joyce made a mere suggestion.

Due to his robotic nature, Ted possessed strength somewhat above that of humans. He was strong enough to overpower a Slayer and resist several of her blows without damage (although he was eventually defeated by the force of falling down a stairway, being punctured by a sharp object and being horribly beaten with a fry pan). 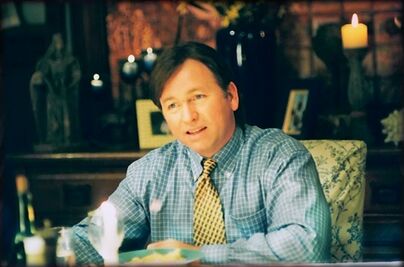 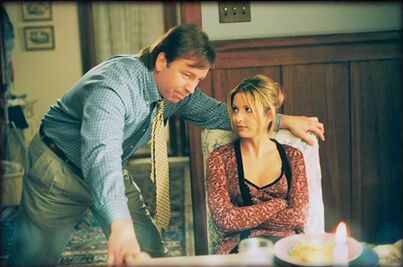 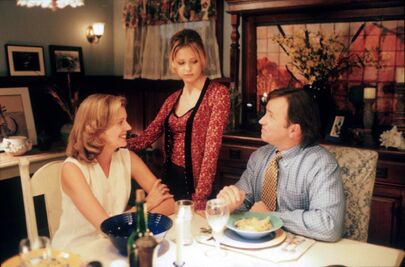 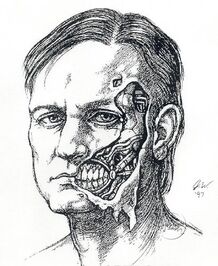 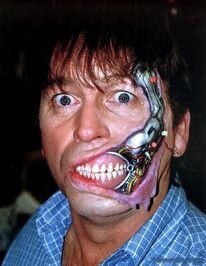 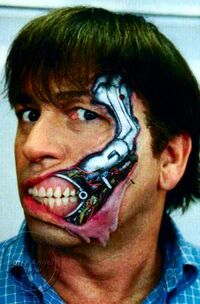 Retrieved from "https://buffy.fandom.com/wiki/Ted_Buchanan?oldid=216090"
Community content is available under CC-BY-SA unless otherwise noted.