"Tabula Rasa" is the eighth episode of the sixth season of Buffy the Vampire Slayer television show, and is the one hundred eighth episode in the series. Written by Rebecca Rand Kirshner and directed by David Grossman, it originally broadcast on November 13, 2001 on UPN.

Despite Tara's misgivings about her overindulgence in witchcraft, Willow tries to cheer Buffy up by making the Slayer forget the idyllic afterlife she left behind. Alas, the spell goes awry and affects the minds of all the Scoobies.[1]

Buffy patrols and runs into Spike, who wants to talk about their kiss. Buffy tries to brush it off as part of the spell they were under and tells him that she has no intention of kissing him again. The conversation is halted when Teeth, a demon loan shark (with a shark's head), confronts Spike about his kitten debt, but Buffy steps in and takes care of the thugs looking to beat 40 Siamese out of Spike. Willow, Xander, Anya, and Tara talk about calling Buffy back from Heaven and their feelings in the aftermath of the revelation. While the other three agree they need to stop thinking about their past actions and just try to make things better for Buffy, Willow (feeling very guilty over destroying Buffy's peaceful afterlife) isn't receptive to this and suggests fixing the mess with a spell. Sensing the tension, Xander and Anya leave as Tara confronts Willow about her excessive and damaging use of magic. Willow suggests making Buffy forget about being in heaven, but Tara reveals she knows a memory-spell was used on her and lets Willow know how furious and violated she feels. Tara then decides that things aren't working between them at the moment and starts to break up with her girlfriend, however Willow is desperate not to lose her and offers to go a month without magic to prove that she is not dependent. Tara asks her to try for a week, but doesn't promise that this will save the relationship.

Giles informs Buffy that he is returning to England for good and Buffy takes the news very badly. He knows she is too dependent on him and he must leave if she's ever going to learn to survive on her own. She begs him to stay, telling him she can learn to stand on her own with him around. Giles stands firm, assuring her he's doing the right thing but Buffy, deeply hurt and angry that her Watcher is seemingly abandoning her when she needs him most, tells him he's wrong.

Without her magic, Willow is late getting ready to leave the house so Tara and Dawn leave for the Magic Box without her. As soon as they're gone, Willow uses magic to get dressed quickly and starts another spell by the fireplace that will make Tara and Buffy forget the damages of the spells Willow used on them. In her rush, she accidentally leaves a bag of the Lethe's Bramble by the fireplace.

The whole gang, including a disguised Spike on the run from the loan shark, gather at the Magic Box during the day. Giles confesses that he is leaving and Buffy begins to have an emotional breakdown, unable to cope with her painful memories and the feeling that everyone is abandoning her. Willow has a crystal in her pocket that was used with her forgetting spell and it glows brightly in her hand. However, back at the Summers' house, a spark from the fireplace ignites the entire bag of Lethe's Bramble. Instead of just Buffy and Tara forgetting their recent upsets, the entire gang falls unconscious. They wake up later that evening with absolutely no knowledge of who or where they are. Spike suspects Giles is his father (because they're both English), Anya assumes she's getting married to Giles (because they jointly own the magic shop and woke up next to each other), and Willow and Xander tentatively assume they're dating (because they woke up lying next to each other and Willow was wearing Xander's coat). Xander, Willow, Anya, Giles, and Tara get their names from their IDs (although Xander is referred to as "Alex" by Dawn), and Dawn gets hers from her necklace. Lacking their own IDs, Buffy names herself Joan, and Spike mistakenly assumes the name Randy from the inside of his stolen coat is his name.

The rest of the Scoobies retreat to the sewers but they encounter vampires down there too. Anya turns to a random page in a book and reads the incantation there, which causes a bunny to appear and frighten her. Joan attacks Randy when he catches up with her and informs him that he's a vampire. He's confused by it, but assumes that he's a good, noble vampire — a vampire with a soul — because he doesn't want to bite her, which Joan thinks is incredibly lame. The loan shark and his minions attack the two and a fight ensues.

Anya continues to try random spells, which makes many more bunnies, a dark green cloud to form inside the shop, and a skeletal beast to appear (which he must swordfight against). Giles and Anya argue while hiding behind the counter from an unseen growling beast and Giles reveals that he found a one-way plane ticket in his pocket for London, assuming he must be abandoning Anya. Eventually, Giles casts a banishing spell to remove everything. With the threats removed, Anya begs him not to leave her and they kiss passionately. Alex fights with the vampire chasing them in the sewers, finally staking it, and then accidentally steps on the crystal that fell from Willow's pocket. The breaking of the spell finds Giles and Anya kissing, Willow atop Tara after a fall, and Spike and Buffy deep in mid-action conversation.

Tara and the others realize that Willow used magic, despite her promise. The spell broken, Buffy is momentarily too stunned to duck a few painful hits. Spike finishes off the rest of the vampires and promises to make up his debt to the intimidated Teeth. While Willow cries in the bathroom, Tara packs all of her things into boxes; then, receiving a hurt cold shoulder from Dawn, leaves. Full of grief, Giles takes his plane back to England. Spike finds Buffy at the Bronze, but she turns her face away and he stalks off. She doesn't let him get far though, and they kiss passionately beneath the stairs of the Bronze. 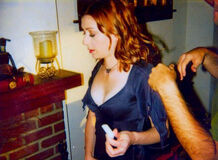 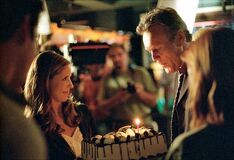 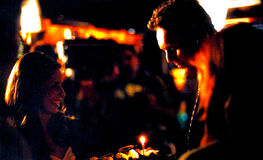 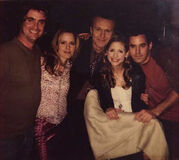 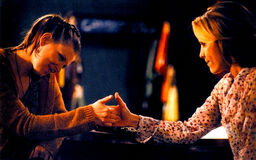 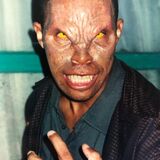 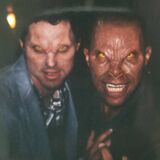 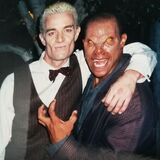 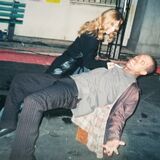