"Spiral" is the twentieth episode of the fifth season of Buffy the Vampire Slayer, and is the ninety-eighth episode in the series. Written by Steven S. DeKnight and directed by James A. Contner, it originally broadcast on May 8, 2001 on The WB network.

BUFFY AND THE GANG FLEE SUNNYDALE — Buffy explodes into action and takes the gang on the road once Glory discovers that Dawn is the Key with Glory on their tail blazing a path of destruction. While on the run, things happen fast as Giles and Spike are wounded, Dawn learns she has the power to destroy the universe, and Willow stays close to an incoherent Tara.[1]

With Glory now possessing knowledge that Dawn is the Key, Buffy and Dawn run for their lives. They escape thanks to Willow's magic and a large semi-truck slamming into Glory out on the street, causing her to transform into Ben.

The gang gathers in Xander's apartment to discuss possible plans of action. Buffy declares that they will never be able to defeat Glory, and that they must leave town in order to stay alive. Spike solves their transportation problem by procuring a sun-protected Winnebago. Giles and Xander aren't pleased by Spike accompanying them, but Buffy tells them that she and Spike are the only ones who stand a chance at protecting Dawn in the event that Glory catches up to them, and makes it very clear that the subject is not open for discussion.

Ben talks to one of Glory's minions, mentioning he is just a human body encasing Glory's god form. The Knights of Byzantium retrieve their crazy member, Orlando, from the hospital, who babbles that the Key is a shiny girl, prompting the Knight's leader, General Gregor, to realize that the Key is the Slayer's sister. Giles, driving the RV, talks with a motion-sick Xander about Buffy's state of mind.

Worried about their future plans, Buffy is comforted by Dawn until the Knights attack. A sword through the roof nearly kills Buffy, but Spike stops it with his bare hands. While Buffy battles the Knights from the top of the RV, one knight impales Giles with a flying spear, causing the RV to crash onto its side.

The Scoobies rush to Four Aces, an abandoned gas station, where Buffy fends off the attackers until Willow performs a force field spell. Meanwhile, at Sunnydale Memorial, all those left crazy by Glory repeatedly mutter: "It's time."

Spike suggests to Xander that they run, but Buffy refuses to let anyone die. Buffy captures the General, who reveals that Glory once ruled over a hell dimension as part of a "triumvirate of suffering and despair," only to be banished by the other two when they grew to fear her. As a result, Glory was trapped inside a mortal body in which she was meant to lay dormant. Buffy realizes that this is her only weakness: kill the mortal and Glory dies as well. However Gregor explains that Glory's mortal host has never been found. He also reveals Dawn was created to open up the gateways between dimensions, and Glory intends to use this power to return to her own dimension. However, this will also dissolve the boundaries between dimensions and destroy all of them. Buffy promises Dawn that she'll protect her.

Realizing that Giles is seriously injured, Buffy arranges a deal with the Knights to allow Ben to safely pass; he stabilizes Giles, and then is left alone with the General, who suspects Ben is an outsider and tempts him with the idea of killing Dawn. Ben realizes that Glory is about to take over his body and tries to leave but before he can get outside the force field, Glory comes forth.

Glory kills General Gregor, fights off the Scooby Gang to take Dawn, and bursts through the force-field. By the time Willow releases the field, Glory has disposed of all the Knights and disappeared with Dawn. Knowing they have to move fast, everyone heads for Ben's car to chase after Glory. Buffy, however, is left emotionally shattered after going through so much to protect Dawn only to lose her to Glory, and collapses to the ground. 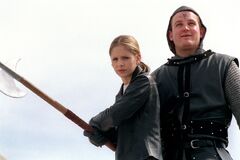 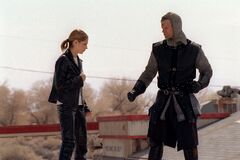 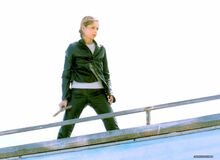 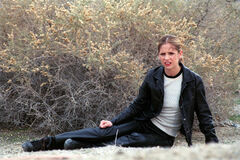 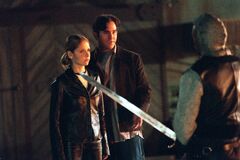 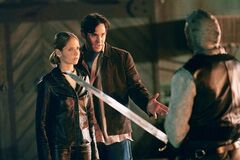 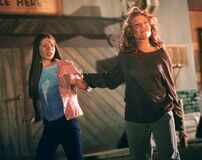 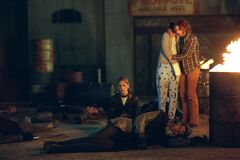 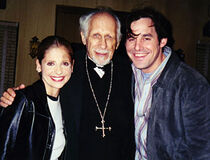