Edit
watch 05:19
'Buffy the Vampire Slayer' Profile: Shadow
Do you like this video?
Play Sound

"Shadow" is the eighth episode of the fifth season of Buffy the Vampire Slayer and is the eighty-sixth episode altogether. Written by David Fury and directed by Daniel Attias, it originally broadcast on November 21, 2000 on The WB network.

BUFFY MAY HAVE MET HER MATCH — In order to protect her sister Dawn, Buffy must face a horrible beast that has been conjured by the powerful demon Glory to help seek out "The Key."[1]

Joyce gets a CAT scan at the hospital while Buffy and Dawn wait impatiently for news. Dawn asks Buffy why it is called a "CAT Scan" (do they test it on cats, or does the machine look like a cat?). Back at the Magic Box, Giles and Tara admire the new phone book advertisement for the magic shop while Anya is disappointed that she is not personally mentioned. Xander complains about Riley destroying the vampire crypt alone, and then the entire gang continues their search for information regarding the beast. Giles agrees that it was reckless on Riley's part while Anya expresses relief that the task was already completed, because she really hadn't wanted to start her day off with a slaughter (which, she notes, "just goes to show how much I've grown!").

In Glory's luxurious headquarters, a demon named Dreg offers a spell to Glory, groveling before her as she tries on elegant shoes, debating on whether they make her ankles look bony. Dreg promises that this spell will allow Glory to find the Key. She just needs some supplies, and she finds the advertisement for the Magic Box in the new phone book.

Riley finds the front door to Buffy's house open, a blanket on the steps, and Spike in Buffy's room, sniffing her clothes. Spike declares that Buffy wouldn't care that he was in her room and that the clothes-sniffing was just normal predator activity. Riley responds, "Yeah, what's a little sweater-sniffing between sworn enemies?" Spike taunts Riley with his knowledge about Buffy's mother going to the hospital (which Buffy had failed to mention to Riley), as well as the time he and Buffy had spent together the previous evening eating, drinking, and talking. Spike insinuates Riley cannot keep Buffy satisfied, and Riley tells him to stay away from Buffy and throws him out into the sunlight, with his blanket. Riley shows up at the hospital to comfort Buffy, who seems relieved to see him. She directs him to sit with Dawn in the waiting room while she talks to their mother. Joyce confesses to Buffy that the doctors have found a "shadow" in her CAT scan, and they need to do an initial operation to evaluate her condition, and to discover whether surgery is an option.

At the Magic Box, the Scoobies continue to search for information that might indicate the origins, purpose, or weaknesses of Glory. Tara suggests that maybe the Beast is something that is too old for the books, which Giles believes may explain the presence of the Dagon Sphere, which is to ward against that "which cannot be named." They discuss the possibility that Glory may predate language itself when she herself shows up there and buys several items for a spell. The gang is, of course, oblivious to her true identity, and she leaves the store without incident. Back at the hospital, Dr. Isaacs tells Buffy her mother has a brain tumor and presents her with her mother's options. Ben, an intern, gets the doctor away from Buffy, giving her a break from the doctor's constant questions.

At the Magic Box, Anya goes through the receipts and finds the items that Giles sold to Glory earlier and panics, saying that the items should not have been sold together due to them being the ingredients for a Sobekian transmogrification spell. Giles points out that the spell has been lost for centuries and starts to mention that the young woman he sold them to would need to have enormous power... causing it to finally dawn on the gang that the woman they sold the items to was none other than Glory herself.

Riley takes Dawn to the park, where he tries to comfort her about her mother. Dawn tries to make Riley feel good by positively comparing him to Buffy's former boyfriend Angel, but unintentionally makes him feel worse: She relates that she thinks Riley is good for Buffy because Buffy was always in tears over her tumultuous relationship with Angel, but that she never "gets that worked up" over him. The impact of this revelation is evident in his face — Buffy isn't as emotionally invested in her relationship with Riley as she was with Angel.

Back at the Magic Box, Buffy talks with the gang about the possibility of helping her mother through the use of magics. However, while Willow expresses willingness to help if she can, Tara and Giles both insist that the magical and the medical are not meant to mix and that any attempts they made to help Joyce would likely only make things worse. They encourage her to put her faith in the doctors. Anya then lets slip that Giles sold to Glory the ingredients she needs to make a monster, and the gang inform Buffy that the items will allow Glory to create some kind of monster. Buffy takes off in search of Glory, despite the concerns of Giles and her friends that Glory will merely overpower her again.

At the Sunnydale Zoo, Glory steals a cobra and performs the spell with Dreg. Buffy arrives to stop her, temporarily interrupting the spell, but instead gets beaten up badly again. The cobra is transformed into a giant demon, and Glory sends the demon on a mission to locate The Key.

Riley arrives at the Magic Box in search of Buffy, but Xander confronts him about destroying the vampire crypt. The gang tells Riley that Buffy went after Glory, and he demands to know why they would let her do something so dangerous. Giles reminds Riley that "let" is not an issue when Buffy sets her mind to something. Xander tells Riley that Buffy is so upset about the situation with her mom that she needs something tangible to fight, and then asks Riley what his excuse is for his own reckless actions.

Buffy calls Giles from the hospital and tells him to take care of Dawn while she stays with her mother. She stays with her mother as the doctor tells her more bad news about Joyce's condition — she has a brain tumor, and they don't know yet if it is operable or not. Riley returns to Willy's Place to drink away his worries and again encounters the vampire, Sandy. He allows her to bite him in the alley but stakes her.

The cobra-like demon arrives at the Magic Box and goes after Dawn. Dawn screams in fear and the demon, having found its target, leaves to report to Glory. Giles and Buffy, knowing what will happen if the snake reaches its destination, go after it and corner it near the luxury apartments where Glory resides. With the help of a chain, Buffy is able to beat it to death and continues thrashing it long after as a way of finally letting out her anger over her mother's condition. Nearby Glory watches from a window, frustrated as the snake fails to return.

Joyce tells Dawn the truth about her health. Riley is there to comfort Buffy (wearing a turtleneck to hide his bite marks) but she refuses to accept comfort from him — she insists that she needs to stay strong for her family, refusing to cry. Joyce calls for Buffy and she turns and walks away, oblivious to his attempt to caress her face. Riley is left standing alone in the hallway, becoming increasingly frustrated with Buffy's inability or unwillingness to develop an emotional closeness with him, and to let herself be vulnerable around him. 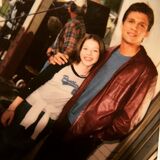 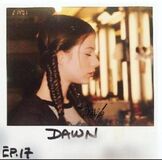 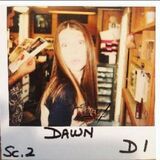 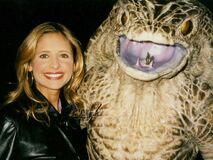