The Chain (Only in flashbacks)

“The black chick always gets it first.”
―Rona[src]

Rona was a Slayer and leader of the Slayer Organization Chicago squad. As a Potential Slayer, she fought beside the Scooby Gang against the First Evil, being activated during the battle at the Hellmouth.

Rona was never assigned a Watcher, and thus never knew of her possible destiny. She came to Sunnydale by Overland Charters bus station, where she was attacked by Harbingers of Death before Buffy Summers saved her.[2]

Rona often doubted that she or any of the other Potential Slayers could make a difference, and even stated that there was no point in the Potentials fighting. During the battle at the Vineyard, her arm was broken by Caleb, and she would've been killed by a Bringer had Alexander Harris not saved her. She wore a cast throughout the remainder of the her time in Sunnydale.

Rona attended the battle at the Hellmouth along with the Scooby Gang and her remaining fellow Potential Slayers who were activated when Willow Rosenberg used the mystical scythe Mʔ to activate every Potential in the world. Rona fought bravely despite her injury and slayed several Turok-Hans, one point using the scythe to do so. Rona escaped the destruction of Sunnydale, though with several injuries, making her barely conscious during the bus ride out of the town. A zesty Violet was at Rona's dismay, aiding her injuries and telling her: "This is nothing!"[3]

As the Slayer Organization was formed, she became the leader of the Chicago squad, where the Buffy Summers underground decoy originally joined up. Rona was the one to offer her the assignment as decoy.[4] Later, due to the constant difficulties with Simone Doffler, Rona transferred her to Andrew Wells' squad in Italy with the hopes that a less urban setting would soften Simone's "rough edges;" Buffy later speculated that Rona was just "passing the buck" onto Andrew.[5]

Rona was known for her cynical attitude. When first arriving to Sunnydale, Rona had no desire to pursue the possibility of her becoming the Slayer; she only wanted protection. She showed particular pessimism towards Buffy's efforts and thought there was no point in fighting the Turok-Han vampire, believing it would have already killed Buffy by the time it reached the potentials and showed opposition towards Buffy's plan to raid the Vineyard a second time, even remarking "Ding, dong. The witch is dead" after Buffy was expelled from her house. Overtime, Rona eventually lightened up and started training. 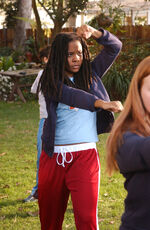 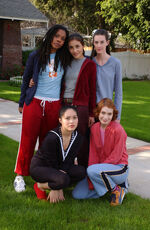 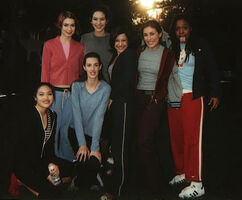 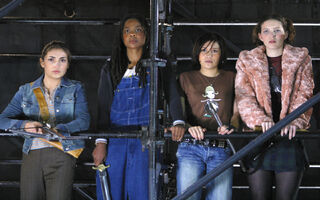 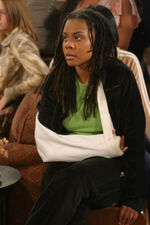 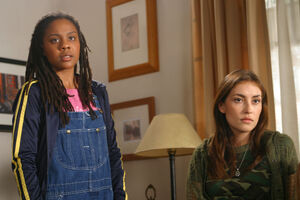 Retrieved from "https://buffy.fandom.com/wiki/Rona?oldid=213711"
Community content is available under CC-BY-SA unless otherwise noted.