"Restless" is the season finale of the fourth season of Buffy the Vampire Slayer television show, and the seventy-eighth episode altogether. Written and directed by Joss Whedon, it originally broadcast on May 23, 2000 on The WB network.

THE CHEESE STANDS ALONE IN A SEASON FINALE WRITTEN AND DIRECTED BY JOSS WHEDON — A primal animal force stalks Buffy, Willow, Xander and Giles in their nightmares as they each come face to face with their worst fears.[1]

Buffy, Xander, Willow, and Giles meet at Buffy's to relax with videos after their victory over Adam. Meanwhile, Riley has to leave for a debriefing and expects to be granted an honorable discharge, due to many people testifying that Riley is why they're alive — as well as the Government's desire to keep him silent about the Initiative —, and he goes to meet with his superiors. After he leaves, everyone settles down to watch Apocalypse Now. Joyce comments that after everything that's happened she'd expect them to be exhausted, but the gang claim they're feeling pretty wired due to the enjoining spell they had cast. Joyce leaves them to it, and the Scoobies sit down for an evening of movies, only to fall asleep before they even get through the FBI warning. Each begins to dream…

Willow's dream begins with her painting a poem in Greek on Tara's naked back. She comments she feels a lot of anxiety about her identity and a secret she has. Tara tells Willow: "They will find out, you know. About you." She then asks if Willow will be done with her homework in time for class. Willow says that she doesn't want to leave, when Tara says: "but you've never taken drama before… you might miss something important."

While walking through the college hallway, Willow is joined by Xander and Oz who discuss the fact she and Tara like to do spells together now. Willow then shows up for her drama class and is faced with the opening performance of the class' production of Death of a Salesman directed by Giles, and also starring Buffy, Harmony, and Riley as a cowboy. Off-stage, a man announces to her he's found a place for the cheese slices, which he displays on a table. As Giles warns that everyone Willow has ever met is in the audience, she realizes with increasing uneasiness that she knows neither her lines nor her role.

While the play begins, Buffy shows up in her normal clothing and saves Willow from unseen attackers wielding knives, stabbing at Willow through the stage's side curtains. She then takes Willow into a different classroom, and Buffy insists that Willow is wearing a costume. Despite her denies, Willow's clothing is pulled off by Buffy, and she is revealed wearing the same dress she wore as a high school sophomore. Oz whispers to Tara: "I tried to warn you" and the two start to flirt with each other. Xander mocks her as she nervously begins her book review of The Lion, the Witch and the Wardrobe, but as she does, a primitive girl attacks her. Willow has the life sucked out of her in front of the class, as does the real Willow in the living room.

Xander wakes on Buffy's couch to find a bizarrely altered version of Apocalypse Now playing on the television. After excusing himself to use the bathroom, he finds himself the object of an attempted seduction by Joyce. He goes to the bathroom but discovers a big space behind him filled with scientist types who are watching him. He leaves to "find another bathroom." He then meets Buffy, Giles, and Spike in a playground, where Buffy plays in the sandbox while Giles and Spike, both wearing identical tweed suits, enjoy the swings. Giles tells Xander that Spike is like a son to him and is being trained as a Watcher. Xander warns Buffy about playing there, but she says she's okay because "they're not coming for me yet," and calls him "big brother."

Abruptly, Xander is working in an ice-cream truck with Anya, and she asks him if he knows where he's going. She says she's thinking of getting back into vengeance. While they're talking, Willow and Tara, dressed in unusually revealing clothes and glossy make-up, make out with each other in the rear of the van and suggest he joins them. Accepting, Xander walks back but ends up in his basement, alone. A growling beast of some kind tries to get in the door at the top of the stairs. Fleeing, Xander sees the Cheese Man, who notes the cheese on his plate "will not protect you."

Suddenly back at UC Sunnydale, Giles starts to tell Xander what is going on, emphasizing that he must listen carefully because [his] "life may depend upon what I'm about to tell you," but then Giles starts speaking French. Anya arrives but is also speaking French. They, and a group of others, grab Xander and carry him away into a reenactment of the Apocalypse Now scene. Snyder tells Xander that "your time is running out," and he answer he is just trying to get away from something he can't fight. Xander says that he's a "comfortadore," as he had told Joyce. Snyder tells him he's neither a soldier nor a comfortadore, but rather a "whipping boy." Xander makes a point to tell Snyder how happy he is that the latter was eaten by a snake.

Xander then tries to flee from the Primitive and finds himself first at Giles' apartment, then at Buffy's dorm, and finally back in his basement room, where the monster at the top of the stairs turns out to be his own father, who berates and belittles him. Then Xander has his heart torn out by the Primitive in the guise of his father.

Giles starts out at a fairground in Restfield Cemetery with his girlfriend Olivia, who is pregnant and pushing a baby stroller, and Buffy acting as if she were a young child. Buffy throws a ball, "staking" a vampire figure in a carnival game and is rewarded with cotton candy. As Giles comments that she will get it all over her face, Buffy turns and her face is now covered in mud. Quicker than the others to understand that something is wrong, Giles confronts Spike, who is posing for a photo shoot in his crypt, while Olivia sobs. Spike has hired himself out as a carnival sideshow, while the Cheese Man is nearby wearing the slices.

After lamenting that Buffy should have killed the vampire, Giles walks from the mausoleum to the Bronze, where he meets Anya getting applause and laughs as a stand-up comedian and Xander (with a bloody chest wound) and Willow, who warn him of their attacker. They are busy researching in old books, and they ask Giles to help them, impressing upon him the importance of getting the right answer or "we don't stand a chance." Giles breaks out into song, as he has realized that "the spell we cast with Buffy must have released some primal evil," and gives Willow and Xander orders on how to deal with what hunts them, but when the sound system breaks down, he crawls backstage, following a cable. On the end of the tangle of wires, Giles finds a classic watch. He begins to realize who his pursuer is, as the girl jumps on top of him. Giles tells her that he can defeat her with his intellect, but she'd never understand as she "never had a Watcher." The girl then scalps him.

Buffy is awakened by Anya in Buffy and Willow's dorm room, only to switch to her own room at home where she talks to Tara. She wonders where her friends are, since they were supposed to come over to watch movies. The Primitive roars in Buffy's face, and she suddenly finds herself at home in her own bed. She gets out and looks at the sheets, saying that she and Faith had made the bed. Tara tells her she's lost them. Tara notes that a clock reading "7:30" is wrong and tries to give Buffy the tarot card that represents her — Manos — but Buffy says she's "never going to use those." Buffy leaves to look for the others, and Tara tells her to "be back before dawn."

In the UC Sunnydale hallway, Buffy talks to her mother, who lives in the walls, then meets Riley at the Initiative. He has been promoted to Surgeon General and is drawing up plans with the human Adam for world domination, starting by giving things names. Buffy asks Adam what his real name was before, but the human tells her that not a man among them can remember. The three of them are interrupted by a demon attack, and Riley and Adam leave to create a pillow fort for protection. When Buffy finds her weapons bag, the only thing in it is mud, which she smears on her face. Riley interrupts her and says: "I thought you were looking for your friends. OK, killer, if that's the way you want it, then I guess you're on your own." He leaves.

Buffy starts walking, and ends up in the desert, where (as the Cheese Man waves slices at her) she finally confronts the primitive girl, who speaks through Tara and announces her identity as the very First Slayer. The First Slayer tells Buffy that she cannot have friends and must work alone. Buffy finds a tarot deck in her hands, but instead of the usual pictures, the top card is a video of all of her friends as they must look now in her living room. Buffy looks at it and says, "I'm not alone." Buffy asserts that she lives in the world and decides her own actions, and she demands a full life. The First Slayer says "No friends. Just kill! We are alone!" Buffy replies, "That's it! I'm waking up!" The Slayers fight in the desert and then Buffy wakes up in her living room next to her dying friends. There, the First Slayer attacks her again and repeatedly stabs her with a knife, until Buffy realizes that she can stop the fight mentally if she just rejects the First Slayer and forbids her any power, telling her decisively "You're not the source of me." The First Slayer vanishes and everybody wakes up.

Everyone discusses their experience, and Giles tells everyone that joining their essence with the Slayer's was what caused the First Slayer to attack, believing it to be an affront to that power. As Xander feels awkward around Joyce, Buffy leaves to have a shower, feeling strange about her interaction with the First Slayer. As she passes her bedroom, Buffy hears Tara's voice in her head warning her she has no idea who she really is or what is coming. 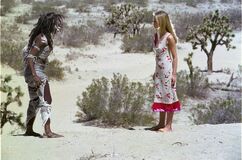 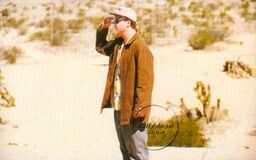 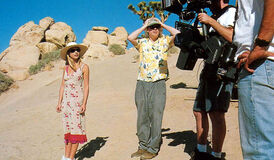 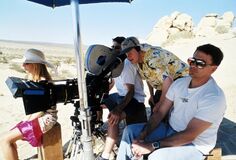 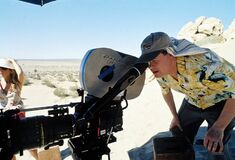 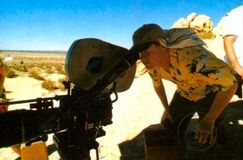 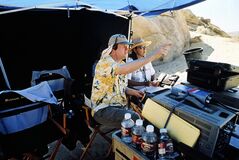 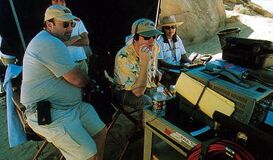 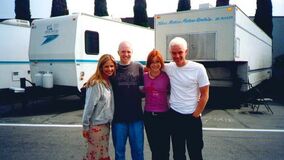 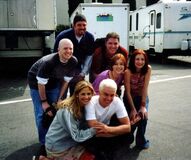