Pike was the nickname of an ally and romantic interest of Buffy Summers circa 1996. He aided her in her early duties as Slayer, specifically her battle against the vampire king Lothos.

Pike lived in Los Angeles and spent most of his time getting drunk with his friend Benny Jacks. A mutual dislike formed between Pike and Buffy, a superficial valley girl and Hemery High student, when they met at a movie theater and then later at a diner, as she ridiculed Pike for his drunken behavior and unusual name.[1]

While walking home, Pike passed out and his best friend, Benny Jacks, was killed and sired by a vampire. When Benny returned as a vampire himself and tried to contact his friend, a disturbed Pike decided to leave town but was confronted by Benny, who had joined up with Lothos and his minions. Pike attempted to escape, and was rescued by Buffy, who revealed that she was the Slayer. Soon afterwards, an ill-prepared Buffy came face to face with Lothos for the first time, and managed to escape on Pike’s motorcycle as her Watcher, Merrick Jamison-Smythe, shot himself rather than be sired by Lothos.[2]

After Merrick’s death, Pike tried to convince a demoralized Buffy that it was her duty to slay Lothos. Buffy, however, claimed that she only wanted to be normal and insisted that she was going to the school dance. Pike showed up and asked to dance with her, telling her that she wasn’t like other girls. However, when the party was crashed by vampires, they were forced into battle once more. Pike defended the students from Lothos’ minons, including his right hand man Amilyn, and reluctantly staked Benny. Buffy defeated Lothos, burning down the school gym in the process.[3]

After she was subsequently expelled, Buffy and Pike took an impromptu trip to Las Vegas to hunt vampires. She eventually moved to Sunnydale, where she continued her role as Slayer, although they no longer kept in touch with each other.[3] 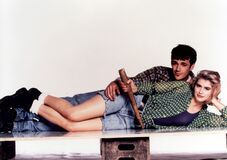 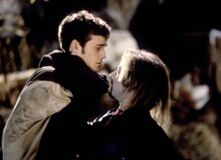 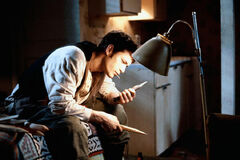 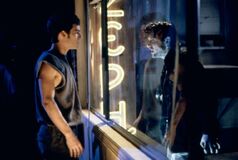 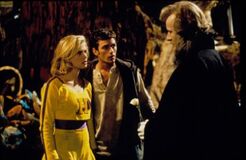 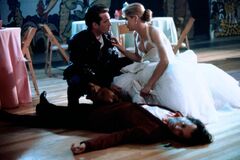 Retrieved from "https://buffy.fandom.com/wiki/Pike?oldid=214897"
Community content is available under CC-BY-SA unless otherwise noted.