Start a Wiki
watch 01:38
The Loop (TV)
Do you like this video?
This page is about the episode. For the drug, see Orpheus (drug)

“And speaking of sense, have you been on permanent sabbatical from yours? Tell me you did not shoot that girl full of junk and then feed her to Angelus”
―Lorne to Wesley

"Orpheus" is the fifteenth episode of the fourth season of Angel and the eighty-first episode overall. Written by Mere Smith and directed by Terrence O'Hara, it was originally broadcast on March 19, 2003 on the WB network.

After drinking from Faith, Angelus pulls away in shock as she flashes back to earlier, when she injected herself with a drug stolen from a vampire junkie at the demon bar. Angelus and Faith both collapse, unconscious. Gunn drags Angelus's body to the Hyperion Hotel, where he and Connor shackle Angelus securely in the basement cage. Wesley brings a barely alive Faith to one of the hotel bedrooms. Knowing Faith injected herself with Orpheus, an enchanted psychedelic drug that poses a serious threat to her life, Lorne yells at Wesley for allowing Faith to purposely get bit by Angelus. Connor updates Cordelia on Faith and Angelus' conditions. Suddenly, Cordelia brutally shoves Connor into a wall in response to his constant talk about Faith. He's shocked and she tries to cover her behaviour by blaming it on the pregnancy and crazy hormones.

Downstairs, Connor shouts at Fred and Wesley about the need for killing Angelus, when Willow Rosenberg appears at the door suggesting that she's a better alternative. Fred called Willow for help since she's the only one alive to have successfully restored Angel's soul. Willow wants to see Cordelia again and Connor reluctantly takes her upstairs. As Willow talks about the difficulties associated with ensouling Angelus, Cordelia secretly reaches for a large knife under her pillow and tries to get Willow close enough to strike. Willow realizes that while the jar housing the soul is impervious to magic it can still be broken and if it is the soul will be released into the ether (after which it can be resummoned), and Willow knows a spell that will let them strike the jar despite not knowing where it is. Willow rushes out of the room in time to unknowingly avoid the knife thrown at her, which hits the door instead.

In their shared coma, Angelus and Faith witness the 1920s-version of Angel rescue a small puppy from an oncoming car. Angelus is infuriated at being subjected to the memory again, and Faith realizes with glee that they're experiencing Angel's good deeds of the past. Next, a hippie Angel walks into a diner and selects "Mandy" on the jukebox, as Angelus complains to Faith about watching Angel's self-induced misery. A man barges into the diner and asks for money, but shoots the cashier when he doesn't react quickly enough. The shooter runs away, and Angel struggles with his desire to feed on the cashier, which wins out. The bite marks on dream-Faith's neck begins to bleed and she realizes Angel could have saved the cashier. Angelus watches on as Angel suffers with the guilt of feeding, enjoying Faith's pain as well.

Before Willow can begin her spell to break the jar holding Angel's soul, the Beast Master's deep voice screams a warning to stop. Willow's magic overpowers the Master's, and Willow begins her spell as Cordelia works counter-magic from the bedroom. When Connor breaks Cordelia's concentration by trying to enter the bedroom, Willow's projectile is able to magically shatter the jar. Using the Orb of Thesulah, Willow and Fred begin the ritual that will give Angel back his soul. Dream-Faith finds herself in a dirty alley with Angelus again, watching a filthy past-Angel feed on a rat. Angelus tells Faith that, following what happened in the diner, Angel chose to cut himself off completely from humanity and live in the gutter. In a twist, past-Angel turns and addresses the twosome. Angelus and Angel face-off and begin to exchange blows, as Angel convinces Faith that life is worth living and she has to wake up. Faith disappears.

When Connor finally breaks into her barricaded bedroom, Cordy smashes a lamp over his head, then pretends not to have known it was him. Cordy deceives Connor into thinking Willow's magic is evil and threatens their unborn child. She tells him he has to kill Angelus to protect their family. Willow completes the restoration spell, pulling Angelus and Angel into one body, while Faith wakes up and rushes downstairs to the basement in time to stop Connor from staking Angel. She begins to beat up Connor until Angel wakes up and stops the fight. Later, Faith tells Angel that she is going back to Sunnydale with Willow to aid Buffy and her allies. After they leave, a very pregnant Cordelia comes downstairs and shocks the gang with the serious trouble they still have to deal with. 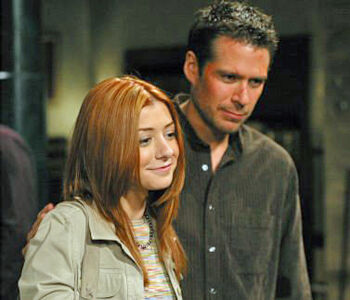 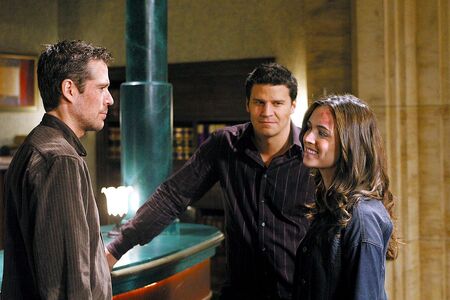 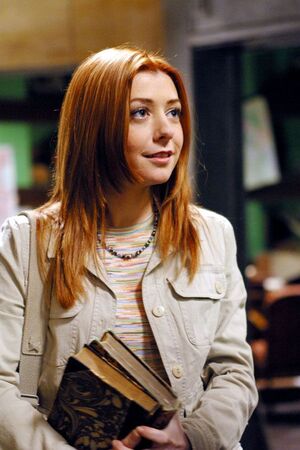 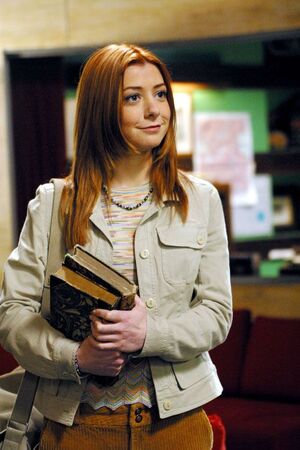 Retrieved from "https://buffy.fandom.com/wiki/Orpheus?oldid=177098"
Community content is available under CC-BY-SA unless otherwise noted.