“The Old Ones were demons pure. They warred as we would breathe — endlessly. The greater ones were interred, for death was not always their end.”
―Drogyn[src]

Old One were pure-breed demons that dominated Earth before humans, during the Primordium Age.

“For untold eons demons walked the Earth. They made it their home, their… their Hell. But in time, they lost their purchase on this reality. The way was made for mortal animals, for, for man. All that remains of the Old Ones are vestiges, certain magics, certain creatures…”
―Rupert Giles[src]

The Old Ones were brought forth from another, more horrific, dimension during the creation of Earth through the Seed of Wonder.[1] They shared the Earth with fellow higher beings which would come to be known as the Powers That Be. The rise of the Old Ones led the Powers to flee this world, while the demons became rulers of vast territories, commanded enormous armies that worshiped them as deities and constantly made war against each other, turning the Earth into their hell.[2] This ancient epoch was known as the Primordium Age, and the Primordial Sanskrit language was from this time.[3]

“There were demons, monsters beyond imagination, most of them pure evil. They ruled this dimension as they did so many others. […] Eventually, as mortal animals evolved, under the protection of certain mages and loranites— […] The demons, most of them, found more hospitable dimen… places, and left the Earth to the mortals. For the most part. Some remained, hidden away. Some bred within the human community, their power weakened throughout generations. Some assimilated. And some… infected.”
―Urkonn of the D'Avvrus[src]

The Old Ones eventually lost their claim over Earth. Some were killed in their own wars while others either fled or were banished to other dimensions. It was widely believed that the rise of humankind was responsible for the demise of the Old Ones. Those who were killed were placed in sarcophagi which were hidden at the Deeper Well, a hole in the world running between England (in the Cotswolds) and New Zealand. The remains of the Old Ones were supposed to be kept there in order to prevent their resurrection, as not only their corpses but also their essences were trapped.[2] According to the Last Guardian, the last Old One to walk the Earth was killed with the Scythe, at the Hellmouth that would come to be known as Sunnydale.[4] Other records claimed that the last pure demon to leave Earth infected a human with its blood, creating the first vampire. However, after her resurrection in the modern era, the Old One Illyria implied that vampires already existed during the Primordium Age.

When Xander tapped into the Old One Maloker's memories, he saw the time of the banishment of the Old Ones at the hands of humans wielding powerful magicks. Fearful of his imprisonment, Maloker sought to raise an army, and so sired the first vampire(s).[5] This may suggest that the banishment of the Old Ones took place over a protracted period of time, during which time the vampire race (and presumably other sorts of half-breeds) widely proliferated.

“All the demons that walk the Earth are tainted, are human hybrids like vampires. The Ascension means that a human becomes pure demon. They're different.”
―Anya[src]

The demons that remained on Earth were forced to remain hidden and breed within mortal animals, creating weaker offspring as time went on. However, the legacy of the Old Ones remained not only in the form of the hundreds of demon species, but also in the form of cults that worshiped them, awaiting their return to bring about the destruction of mankind. These included the Order of Aurelius, led by the vampire known as the Master,[6] who tried to open the Sunnydale Hellmouth on several occasions to bring the Old Ones back to Earth,[7] and Illyria's cult whom the humans Knox and Sparrow were followers.[8]

Mortal beings could even take on the physical form of an Old One through a complicated ritual known as the Ascension.[9] They could also be reborn in mortal bodies, killing the hosts in the process. Illyria was resurrected in a human body in 2004,[2] and Maloker attempted to return through Dracula, transforming his body and overwriting his persona with that of the Old One's in the process, although he was ultimately unsuccessful.[10]

“The Old Ones are the mightiest of demonkind… primordial forces that cannot truly die. They would not hide, any more than a tsunami or hurricane would.”
―Rupert Giles[src]

Though each Old One had a different shape and powers, what they all shared in common was their enormous size; they could become as big as they wished to be.[10] They were also vastly more powerful than even the strongest hybrid demon races that walked the Earth,[11] commanding incredible amounts of demonic mystical power to be used for a variety of nefarious purposes. The most powerful Old Ones could never be completely destroyed: even if their bodies had perished, their essence lived on, and they could find ways to come back into being.[12][13] 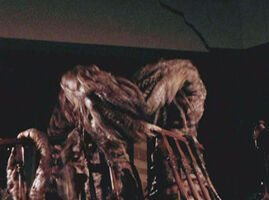 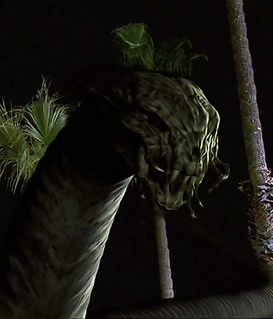 Old Ones in the Primordium Age 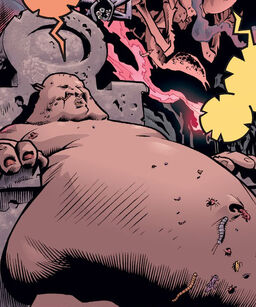 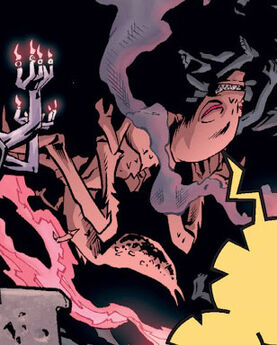 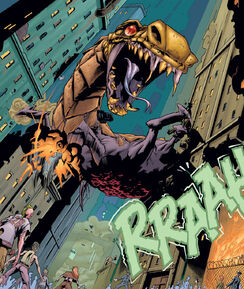 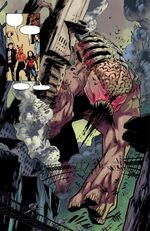 Quor'toth
Add a photo to this gallery

Retrieved from "https://buffy.fandom.com/wiki/Old_One?oldid=204881"
Community content is available under CC-BY-SA unless otherwise noted.