"Nightmares" is the tenth episode of the first season of Buffy the Vampire Slayer television show, and the tenth episode in the series. Written by Joss Whedon and David Greenwalt, and directed by Bruce Seth Green, it originally broadcast on May 12, 1997 on The WB network.

NIGHTMARE AT SUNNYDALE HIGH — The world of nightmares and reality become one when everyone in Sunnydale is living out their worst fears. While Xander comes to school in his underwear and Giles is unable to read, Buffy must unravel the mystery before reality folds completely into the world of nightmares.[1]

The next day, as the Master explains to Collin how wonderful he finds fear, Buffy is nervous about being picked up by her father after school, and her mother calms her down. At school, Willow and Xander are worried about the spiders and want to talk to Giles about it. Giles mutters that he "got lost", seemingly in the stacks of books, and we assume that something that he fears happened to him. Giles has no information on the spiders and suggests talking to Wendell. Wendell explains that he loves spiders, but says that the spiders hate Wendell because Wendell's brother killed his pet spiders when he was off at camp. He explains that the spiders crawling out is a recurring nightmare for him, but this is the first time it happened. In the meantime, Cordelia lets Buffy know about a history test that Buffy has not studied for. Buffy has a hard time even finding the class, and the test is over in what feels like little time, and Buffy has not even filled in her name. She once again sees Billy, outside the class. As break-time begins, Laura takes a smoking break in the basement, where she is assaulted by an ugly man saying "Lucky nineteen."

As Billy's Little League coach shows up, it is obvious he is the inspiration for the ugly man, and that he beat Billy into a coma after they lost the game. He tries to run after Buffy confronts him, but is stopped by Giles and Xander and put into jail. Buffy and her father leave for their weekend together. Willow then asks Xander if he was still attracted to Buffy as a vampire. Although he initially and nervously denies it, Xander then admits: "I'm sick. I need help." Willow agrees.

Xander: "Okay, despite the rat-like chill that just crawled up my spine, I'm going to say this very calmly: Helllppp…"

Giles: "Are you all right? You look a bit piqued."
Buffy: "Hospital lighting. It does nothing for my fabulous complexion."
Giles: "Are you… sleeping all right?"
Buffy: "I'll sleep better when we find this guy. Nothing like kicking the crap out of a bad guy to perk up my day." 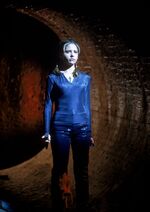 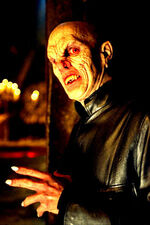 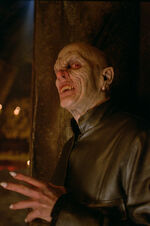 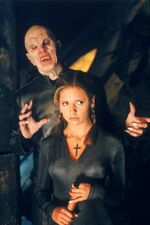 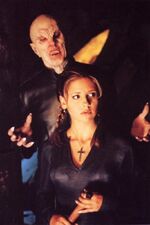 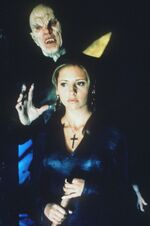 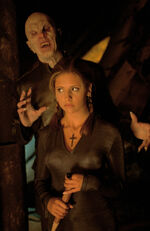 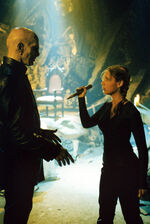 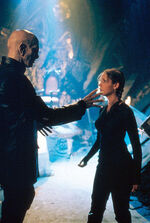 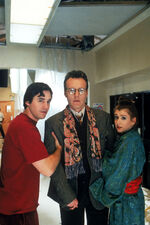 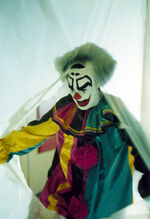 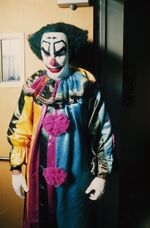 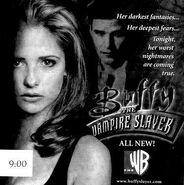 "Her darkest fantasies… Her deepest fears… Tonight, her worst nightmares are coming true."

"Special Sunday episode! This summer's most spellbinding thrill ride."
Add a photo to this gallery

Retrieved from "https://buffy.fandom.com/wiki/Nightmares?oldid=225212"
Community content is available under CC-BY-SA unless otherwise noted.