Edit
watch 01:33
Wiki Targeted (Entertainment)
Do you like this video?
Play Sound

“Buffy Summers? I need to speak with you. There isn't much time. You must come with me. Your destiny awaits.”
―Merrick[src]

Merrick was a member of the Watchers Council and the first Watcher of Buffy Summers.

“Do you know how many girls I've trained to be Slayers? Five, they worked harder than you've worked in your life, and I saw them all ripped apart, Buffy.”
―Merrick[src]

Merrick was raised from a young age to be a Watcher. His father taught him "a lot of subtleties the Council never bothered with" regarding training, legends, and research. In his lifetime, he trained five Slayers, all of whom he saw "ripped apart" by the dark forces they were destined to combat.[3]

In 1996, he arrived in Los Angeles to meet the newest Slayer, Buffy Summers. He informed her she was the Chosen One. He became her first Watcher, as Buffy had not been identified as a Potential Slayer.[1][4]

Initially, Merrick's attitude towards his charge was sarcastic, tough, and stern, and he grew frustrated by Buffy's apparent lack of commitment to her calling. He confessed the importance of Buffy not seeing him as her friend, which would interfere with her work, but she understood the reason was to not make it worse when she died. Eventually, Merrick came to respect her methods after he spent some time training her, recognizing that she possessed an inner strength that he had rarely seen in Slayers, even if she didn't acknowledge it herself.[3]

When Lothos attacked Merrick and Buffy, Merrick was truly concerned for her safety. He used a gun to distract Lothos while Buffy fled, subsequently committing suicide by shooting himself to prevent Lothos from siring him and using him against Buffy.[3] His death nearly prompted a traumatized Buffy to quit slaying, but when Lothos attacked the gym, she staked the powerful vampire in memory of both Merrick, despite the short time under his training, and the girl she had once been.[5] 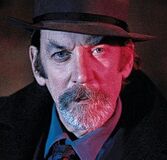 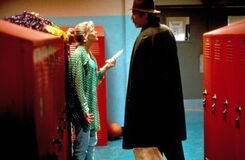 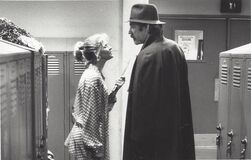 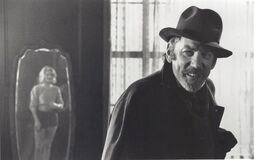 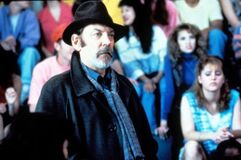