“I'm just one girl. No big hero, no protector of justice, not even a bona fide one-hundred-percent Slayer.”
―Melaka Fray[src]

Melaka Fray was a Slayer activated in the 23rd century. She grew up in the slums of Haddyn and exploited her abilities to make a living as a thief. Upon learning of her destiny as the Slayer, Melaka was forced to battle lurks to save her community and the world, putting her into conflict with her twin brother, the lurk Harth Fray.

Melaka Fray grew up in Versi, a ghetto-like district in the city of Haddyn,[2] with her older sister Erin and twin brother Harth.[3] As a teenager, she discovered that she possessed enhanced physical abilities but decided not to question it, rationalizing that she was simply "good at stuff".[4]

Due to her family’s poverty and low social status, Melaka was forced to go "grabbing" for food, behavior which earned her the disapproval of her sister. At the age of fourteen, she took Harth with her on a grab, and the twins were attacked by the lurk Icarus.[5] Melaka tried to fight Icarus off, only to be thrown off the building’s rooftop, while the lurk fed on Harth, killing him.

Melaka survived her fall, despite early indications of spinal injury, only to be blamed by Erin for Harth’s death. The two sisters parted ways, with Erin joining up with the laws, while Melaka continued her life of crime.[3]

By the age of nineteen, Melaka was a professional thief, often hired by a radie named Gunther to steal expensive artifacts. She looked after a local Versi girl named Loo, whose parents could often not afford to pay for the girl’s medication.[2]

A Watcher came to her, but the Watchers Council had been reduced to a group of insanely zealous fanatics, and he killed himself in front of her. Afterward, Melaka was approached by a demon named Urkonn who told her that the lurks were in fact ancient demons known as "vampires" and that she was destined to fight them. At first, Mel was reluctant to accept or even believe that she was really the Slayer, especially as she had never experienced any of the dreams that Urkonn described. However, after coming across a lurk while on a job for Gunther and being reminded of Harth’s death, she agreed to train with Urkonn.[4]

While fighting, Melaka came face to face with Icarus, and was horrified by the sight of her brother’s killer, forcing Urkonn to jump to her defense. After recovering, she decided to use Gunther to track down Icarus, but learned that he had betrayed her to the law. As Erin took her sister away, they were attacked by a group of lurks, who kidnapped Melaka and took her to their master: Harth.[3]

Harth revealed to his sister that, as her twin, he had received her Slayer dreams and was aware of vampire history. When he was bitten by Icarus, he knew that the only way to survive was to ingest their blood, thus becoming one of them. Due to his dreams, Harth had become leader to the lurks and was determined to bring back the Old Ones. After the shock of meeting her supposedly dead brother, Melaka escaped and informed Erin of what had happened. Erin refused to believe her, so Melaka returned home and rejoined Urkonn, where she discovered Loo’s lifeless body in her apartment. This motivated her to wage war on the lurks as revenge for what they had done to her loved ones.[6]

Melaka returned Loo’s body to her parents, and was granted the Scythe to aid her in the upcoming battle by Urkonn. Her attempts to unite the community of Versi against the lurks were initially ignored, but when she began hunting the lurks herself, she made her neighbors realize what a true threat they were.[7] This attracted the attention of Icarus, but before he and Melaka could truly face off, Erin appeared and crashed her flying car on top of him as revenge for murdering her brother.[8]

Melaka led a small group of people, including members of the law, against an army of lurks, while Harth attempted to unleash the Old Ones on Earth. She succeeded in defeating the Neauth, but her brother escaped, claiming that things were not over between them. Afterward, Melaka confronted Urkonn, informing him that she had figured out he was the one who murdered Loo. Urkonn claimed that he needed to do whatever he could to motivate her against the lurks, and Melaka slayed him, doing it quickly because she considered Urkonn a friend.

She returned to her old job as a thief, but continued fighting lurks and preparing for anything else which came her way.[9]

Gunther sent Melaka on a "special" grab, one he believed she would enjoy. Opening a chest, she was confronted with a "spider-monkey" demon creature (whom she would call Gates), which stole her scythe and led her through Haddyn to a building containing the Watchers Diaries. Reading about the lives of past Slayers, Melaka came to the conclusion that, although she was the only one of her kind in existence, she was not alone.[10]

Melaka and Erin teamed up to track down Harth. In one attempt to find him, they hijacked a moving van and discovered a lurk, who they interrogated about Harth’s whereabouts. The lurk revealed that Harth had teamed up with the mysterious Madwoman, who spoke in riddles and was very powerful.

Mel and Erin headed back to Mel’s new home, the apartment in which she discovered the Watchers’ Diaries, to find out who the mysterious woman’s identity. Erin met Melaka’s new pet, Gates. Melaka read about a building she believed there were answers to find Harth. Erin dropped her on the building rooftop, and left her to a fight an oncoming demon. Melaka and the demon fought, but the demon was then replaced with Buffy Summers.[11]

During the fight between Buffy and Melaka, they discovered they were both Slayers, and trusted each other. Melaka took Buffy to Gunther, who got them researching the possibility that Harth was behind Buffy’s arrival. While on patrol, Fray was accosted by Willow, who led her to attack Buffy, only to Harth then attempt to do the same. Willow had told Fray that Buffy returning to her own timeline would erase Fray’s, and told Harth the opposite, that it would be erased if she didn’t return.[12] Fray fought to keep Buffy from crossing the portal to the 21st century, and Willow stood in the way, only to let Buffy kill her before passing through. Fray and Erin, thankful, noticed their continued existence.[13]

Melaka Fray possessed heroic qualities typical of most slayers but had a stubborn side. Melaka spoke in a form of broken english that may be common in her time.

The body of an athletic teen girl, attractive without being beautiful. She has a scar starting on her top lip, extending to her left cheek, a nose piercing, and her ears also have several rings in each. Fray also has an unusual tattoo on her upper left arm.

Melaka was a Slayer and possessed the physical powers of one, which included superhuman strength, speed, agility, reflexes, durability, and accelerated healing.

Notably, she did not possess the usual psychic powers of Slayers, such as prophetic dreams and the inherited memories of previous Slayers, as these abilities instead went to her brother Harth. She believed that this made her special, as she had not inherited any traditional Slayer fighting techniques, making her unique and unpredictable. Indeed, during their confrontation, Buffy had difficulty predicting Mel’s fighting patterns.[13]

Melaka was also an accomplished thief. Her usual weapons included a raygun and the mystical scythe. 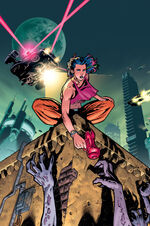 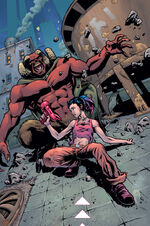 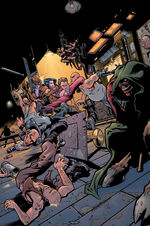 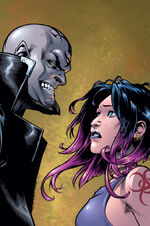 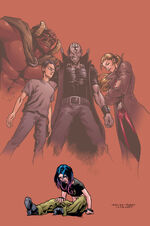 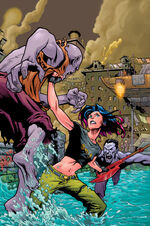 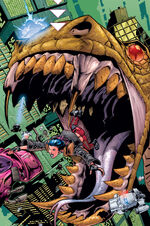 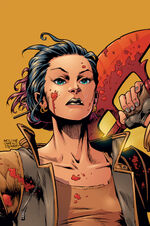 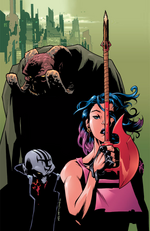 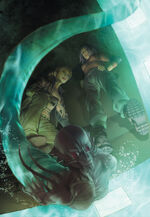 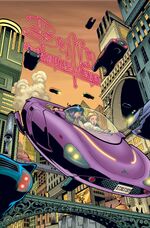 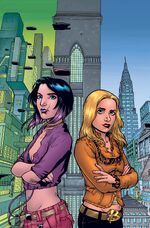 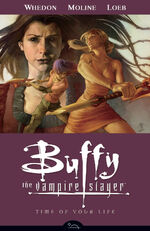 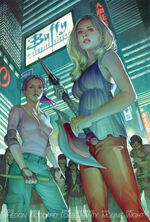 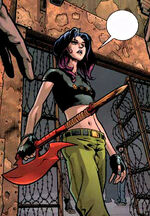 Melaka Fray2.jpg
Add a photo to this gallery

Retrieved from "https://buffy.fandom.com/wiki/Melaka_Fray?oldid=188054"
Community content is available under CC-BY-SA unless otherwise noted.