Lover's Walk is a graphic novel anthology from the Buffy the Vampire Slayer Classic comic book series. It was originally published on February 7, 2001 by Dark Horse Comics.

Living in Sunnydale isn't all about killing monsters. There's also time for deep interpersonal relationships, friendship, and bonding. Like when two people come together to… kill monsters. Join us for three tales about some of Sunnydale's most interesting couples. Spike and Dru find out that breaking up really is hard to do. Buffy and Riley navigate the treacherous territory involved in dating the Slayer. And Willow and Tara try to have a nice, relaxing weekend at a bed and breakfast. This anthology is brought to you by a plethora of creative talent from the regular Buffy comics, and it's just in time for Valentines Day! Miss this one and it'll break your heart![1]

Red foil edition
Add a photo to this gallery 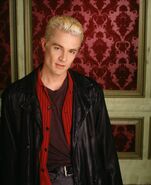 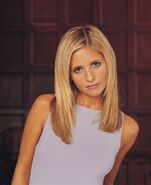 Retrieved from "https://buffy.fandom.com/wiki/Lover%27s_Walk?oldid=227770"
Community content is available under CC-BY-SA unless otherwise noted.