Lost and Found is an one-shot from the Buffy the Vampire Slayer Classic comic book series. Written by Fabian Nicieza and illustrated by Cliff Richards, it was originally published on March 13, 2002 by Dark Horse Comics.

Buffy's dead. Her friends are trying to get on with their lives. Between them, there is enough anger, frustration, loss, guilt and tragedy to drown an ocean… or resurrect an ancient demon. Sunnydale being what it is means things aren't looking too good for the Scoobies. A lovelorn demon has been set free into our dimension, and its food is the grief of Buffy's nearest and dearest.[1] 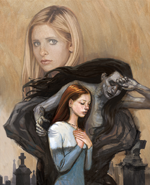 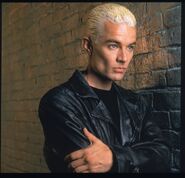 Retrieved from "https://buffy.fandom.com/wiki/Lost_and_Found_(one-shot)?oldid=230762"
Community content is available under CC-BY-SA unless otherwise noted.