Lethe's Bramble was a type of magical flower used for augmenting spells of forgetting and mind control.

Lethe's Bramble was a key ingredient of the Memory purge spell, which Willow Rosenberg performed twice with unsuccessful results. First, she made Tara Maclay forget an argument between the two of them about Willow's excessive magic use; however, Tara managed to recollect her lost memory when she found the Lethe's Bramble Willow had used, further disintegrating their relationship. Willow then attempted to make Tara forget about her meddling again along with Buffy Summers to make her forget about her time in heaven. However, Willow accidentally left a bag of Lethe's Bramble in the fireplace where she performed the spell, causing it to burn and make the whole Scooby Gang, including Willow herself, lose their long term memory as they were in close vicinity to a crystal used for the spell. 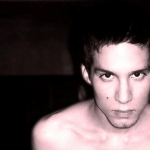