"Lessons" is the season premiere of the seventh season of Buffy the Vampire Slayer television show, and is the hundred twenty-third episode in the series. Written by Joss Whedon and directed by David Solomon, it originally broadcast on September 24, 2002.

WELCOME BACK TO THE HELLMOUTH — Dawn starts school at the newly rebuilt Sunnydale High, while Buffy patrols the new campus on the look out for anything out of the ordinary — and for good reason. Dead people hunt Dawn and Buffy, Spike reappears, and there's a new principal at school. In England, Giles helps Willow to learn to control her power and begin to forgive herself for her actions in Sunnydale.

In Istanbul, a dark-haired girl is running, looking over her shoulder in fear. She's being chased by men in hooded cloaks. After a heated chase and a near escape they catch her. Two hooded figures hold her down, while a third figure raises an arched, shiny, silver dagger and stabs her.

Buffy is in Sunnydale training her sister on how to fight vampires. She instructs Dawn that fighting (and slaying) are about power. They discuss the fact that Sunnydale High has just reopened.

Meanwhile, Willow is studying with Giles in Westbury, England. She studies magic and meditation with a coven of Wiccans that Giles knows. They discuss Willow's powers, and how witchcraft is no longer a hobby or an addiction she can quit as the magic is now a part of her She is learning control, but feels frightened and distraught because she "killed people". Giles reassures her that she can be helped and become "Willow" again.

Xander is working construction at the new high school which Dawn is to attend. He shows Buffy his discovery that the Principal's office is right over the Hellmouth (where the library used to sit). Buffy follows Dawn into the school where she meets Principal Wood. She wanders into a bathroom, where she finds a talisman. A dead girl appears and threatens her, saying that Buffy was unable to protect her, and that she will not be able to protect Dawn either.

Anya is still in the vengeance business and is drinking coffee with fellow vengeance demon and friend Halfrek. Hallie tells Anya that the other demons are noticing a lack of quality in her work, and that "something big is coming".

Buffy tries to warn Dawn, but winds up only embarrassing her. Dawn then sees a similar dead student. She hurries to the bathroom where she meets Kit Holburn, who has also been seeing things. They are about to leave the bathroom when the floor caves in and they wind up in the high school basement. Willow, back in England, has had a vision. She saw "the earth's teeth" — the Hellmouth. She tells Giles, who has taught her that everything is connected, that not everything that is connected to the earth is good.

Dawn and Kit run into another student in the basement, Carlos Trejo, who says he saw a dead janitor. They are soon confronted by the three dead people. The dead people tell them that everyone dies at Sunnydale, and they will be no different. Dawn calls Buffy on her new cell phone. Buffy descends into the basement to help Dawn, but cannot find her. Instead, she finds a deranged Spike holed up in a small room.

He has scratches around his heart which he explains as attempts to "cut it out". He is rambling incoherently, but tells Buffy that the dead students are not zombies or ghosts, but "manifest spirits" raised by a talisman. Buffy calls Xander, telling him to find and destroy the talisman. She then hears Dawn screaming, and runs to her rescue. She fights the spirits off as Xander wrestles with one. He breaks the talisman and the spirits disappear.

Buffy then sends Dawn, Kit, and Carlos off to class. Principal Wood is impressed that Buffy was able to convince Kit and Carlos to socialize and go to class, and says that they are the only two students with school records as large as Buffy's had been. He offers her a job working as a counselor at the school, and she gladly accepts. She wants to be able to keep an eye on her sister, the school, the Hellmouth, and the new principal.

Spike is now huddled in a corner in his basement room. He says that he had a speech to Buffy prepared, but she would not understand. A figure that appears to be Warren is seen pacing around him. He begins to give a speech about how great he is. He turns into Glory, then Adam, followed by Mayor Wilkins, Drusilla, and the Master. Each of them continues the speech, but each in their own particular voice and using their individual personalities and manner of speaking. The Master says: "It's not about right. It's not about wrong." He then transforms into Buffy and says: "It's about power."

Dawn: "...and my sister is a vampire slayer, her best friend is a witch who went bonkers and tried to destroy the world, um, I actually used to be a little ball of energy until about two years ago when some monks changed the past and made me Buffy's sister and for some reason a big klepto. My best friends are Leticia Jones, who moved to San Diego because this town is evil, and a floppy-eared demon named Clem." 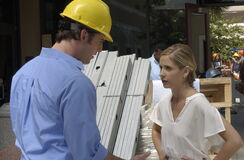 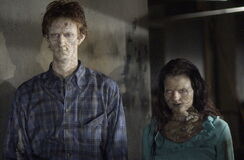 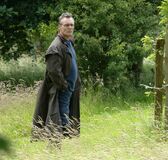 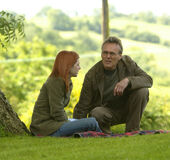 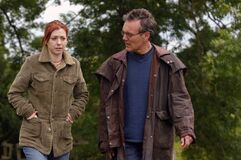 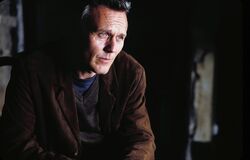 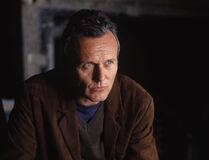 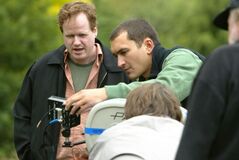 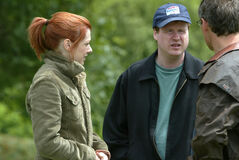 Retrieved from "https://buffy.fandom.com/wiki/Lessons?oldid=213149"
Community content is available under CC-BY-SA unless otherwise noted.