Knox was a scientist at Wolfram & Hart who turned out to be a worshiper of Illyria, causing the death of Winifred Burkle for choosing her as the shell for the Old One's return.

Knox gave Fred a tour of her new science lab when the Angel Investigations team first arrived in the Wolfram & Hart Los Angeles branch.[1] She became Knox's boss in its Practical Science Division and he quickly developed a crush on her. Fred rejected Knox's advances at first, but the two dated for a while, sharing a drink after the office Halloween party.[2] Fred eventually decided that they had best remain friends and co-workers, and she pursued a relationship with Wesley Wyndam-Pryce.[3]

However, Knox was, like most of Wolfram & Hart's rank-and-file employees, severely lacking in morality. When the firm took a bunch of cows and put them in a giant wicker effigy of Krishna, then doused it with sambuca during a Halloween party, Knox enjoyed the sacrilegious spectacle, one of the few outward signs of his inner malevolence.[2]

Unknown perhaps even to the firm, Knox was a worshiper of Illyria, one of the Old Ones, and the mastermind behind the demon's resurrection in Fred's body. Once Illyria has taken over the new shell and returned to Wolfram & Hart to recuperate her full powers, Knox revealed himself as her Qwa'ha Xahn, her High Priest. Knox had worshiped Illyria since he was eleven and confessed to spending hours staring at illustrations that represent the demon. Illyria took Knox to her former site of worship, hoping to break the lock on the portal to her temple.[4]

Before she could jump through the portal, she and Knox were confronted by Angel, Spike, and Wesley. In his grief for Fred and rage at Knox's betrayal, Wesley shot Knox dead. He did so after Angel makes a speech about the sanctity of all human life, even Knox's, and how their willingness to save Knox despite what he had done to them was what made them better than demons. As Knox fell to the ground, dead, Angel turned to Wesley and asked: "Were you even listening?" However, Illyria openly stated that she didn't care about Knox's death, and had earlier expressed minor disappointment at his unimpressive stature. She used his body as a projectile weapon against Wesley in the ensuing fight.[4] 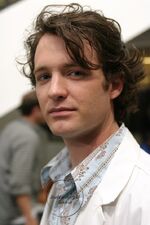 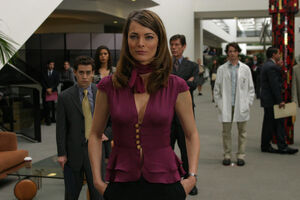 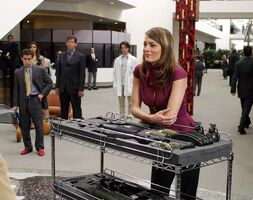 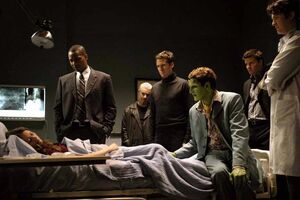 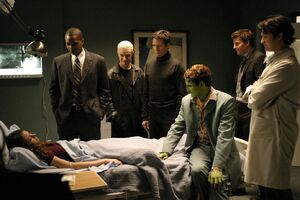 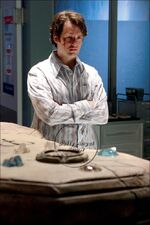 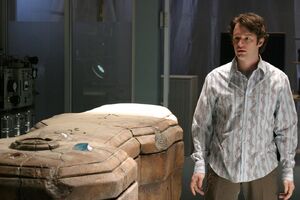 Retrieved from "https://buffy.fandom.com/wiki/Knox?oldid=225885"
Community content is available under CC-BY-SA unless otherwise noted.