“I am the daughter to a King, sir. A king who promised happiness and a better life for everyone. I didn't denounce him and escape for my good alone. I did it to see his promise come true for all the women of Oden Tal. If a few have to die to protect my people ...”
―Jhiera[src]

Jhiera was the princess of the demon species from the dimension of Oden Tal.

Jhiera fought an ongoing battle against the enslavement of the females of her species by the Vigories, the Oden-Tal males, providing refuge for young Oden Tal women who had escaped to Earth.

Angel helped her to evade and defeat a Vigori force that would have stopped her refugee operation. Jhiera and Angel were attracted to each other, but clashed because she was willing to let innocent Earth people get killed rather than jeopardize her mission.[1] 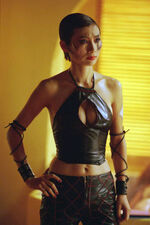 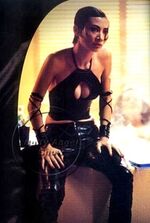 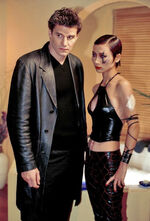 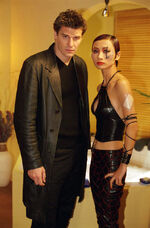