Chaos. I remain, as ever, thy faithful, degenerate son.Ethan Rayne

Ethan Rayne was a Chaos-worshiping warlock[3][4] from Rupert Giles' troubled past.[5][6] An enemy of the Scooby Gang, Ethan acted as a magical subcontractor performing odd jobs for demons and humans alike, either for money[7] or his own pleasure.[3][6]

We go back. Way back.Ethan about Rupert

In the early 1970s, Ethan met and became friends with Rupert Giles, then known as "Ripper." With Diedre Page, Philip Henry, Thomas Sutcliffe, and Randall, they practiced small magics, for pleasure and gain, until Ethan and Ripper discovered something bigger: the demon known as Eyghon the Sleepwalker.[5][6]

The group tattooed themselves with the Mark of Eyghon. They would take turns falling asleep while the rest of the group would summon the demon into the sleeper. However, Eyghon took control of Randall, and the others tried to exorcise him, which resulted in Randall's death.[5][6] Ripper was changed by the event; he left them and eventually returned to the Watchers Council. Ethan, on the other hand, went the opposite direction, delving deeper into the black arts. When Ethan asked, years later, when things had changed and they had stopped being mates, Rupert replied: "When you started to worship Chaos."[4]

Hello, Ripper. What, no hug? Aren't you happy to see your old mate?Ethan

Ethan first appeared in Sunnydale as the seemingly benevolent owner of Ethan's Costume Shop in October 1997. On Halloween, Ethan performed the ritual of Janus, which cursed the costumes to change the wearer into whatever they were dressed as. The spell specially affected the Slayer, Buffy Summers, who had Giles as her Watcher and became vulnerable with the costume Ethan had given her. However, Giles discovered Ethan and beat him until he divulged the secret to reversing the spell. As Giles broke the Janus' statue, Ethan escaped.[3]

Days later, Ethan looked for Giles at the library at Sunnydale High School. He had been having dreams of Eyghon and the fate of the others who wore his mark; Ethan knew that the demon had returned. The Mark of Eyghon acted as a beacon for the demon to locate, kill, and possess each member. Ethan planned to "hide behind the Slayer," exploiting her desire to protect Giles and thus protect himself in the process. He knocked Buffy unconscious and restrained her. He tattooed the Mark of Eyghon on the back of her neck and removed his own with acid, in the hope of fooling Eyghon. The substitution worked and the demon lost interest in him, instead it attacked Buffy. However, Giles, along with the rest of the Scooby Gang, arrived and killed Eyghon. Ethan managed to escape once again while the others were distracted.[6]

About a year later, Mister Trick, in the employment of Mayor Richard Wilkins, called upon Ethan to distract Sunnydale's adult population during a tribute ceremony for Lurconis. Ethan cursed the candy bars that were distributed to adults through Sunnydale High students. The Milkbar chocolate made adults act immature as if they were teenagers again, leaving much of the city unprotected, including the hospital where vampires captured babies as tribute. Though Buffy and Giles uncovered the plot and prevented it from being carried out, both Mr. Trick and Ethan escaped.[7]

In the following year, Ethan returned to Sunnydale yet again. He was discovered, lurking in a crypt, by Giles. Ethan convinced Giles not to beat him, as Giles had earlier threatened if Ethan returned. Instead, they went for a drink together. Ethan warned Giles that the Initiative and their 314 Project was throwing the worlds out of balance, which went "way beyond chaos" into "one hell of a fight."[4]

After spending the night reminiscing and drinking with Ethan, Giles awoke the next morning in the form of a Fyarl demon. Ethan went into hiding at the Sunnydale Motor Inn while Giles, with the help of Spike, tracked him. After Ethan reversed the spell, he was arrested by the Initiative, who placed him in military custody pending determination of his status. Afterward, he would be sent to a secret detention facility in the Nevada desert.[4]

Twilight is falling. You're gonna need all the help you can get. Pet.Ethan to Buffy

Ethan reappeared for the first time in several years, acting as Buffy's guide in her dreamspace, where he offered her cryptic messages about an approaching Twilight. While infiltrating the Drextalcorp Recycling Technologies military installation, two miles south of Sunnydale, Buffy attempted to break Ethan out of his cell, but she instead found him dead. He had been shot in the head by General Voll, a member of the Twilight Group.[1][8]

Ethan was eventually reanimated by Eyghon in a state virtually identical to his appearance in life, albeit with a hole in his head from where he had been shot. With a hat to disguise his injury — and with his death during a black ops operation meaning that he was never officially declared deceased — Ethan attended Giles's funeral to recover his old friend's body, turning Giles into another vessel for Eyghon.[5] He became part of the growing army of zombies following Eyghon's command,[9] and he finally rested after Angel beheaded the demon.[2]

I've got to learn to just do the damage and leave town. It's the stay-'n-gloat gets me very time.Ethan

One of Ethan's most distinctive traits was his taste for theatrics shown in most of his schemes and manner of speech. A sadist at heart, he derived great pleasure from causing mayhem, chaos, and suffering, as well as from turning people away from the social norm and releasing their inner darkness. It was his hubris, however, and his egotistical nature that led him to constantly "stay-'n-gloat" to admire the result of his actions, which he acknowledged.[4]

Ethan's years of experience in the world of the supernatural made him a skilled sorcerer and chaos magician, adept at performing curses[3] and transmogrification.[4] He also had great knowledge of demonology and black magic as well as possessing fluency in Latin. The Mark of Eyghon granted him a psychic link of sorts to the demon, which gave him visions when the demon was in close proximity. He also claims to have "missed [his] calling as an artist" after tattooing Buffy with the Mark of Eyghon.[6]

However, his fighting skills were mediocre, as Giles repeatedly beat him up with little to no effort; whenever Giles did so, Ethan didn't even try to fight back.[3] 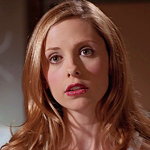 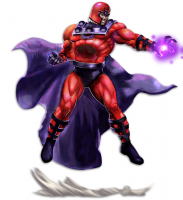