Core Rulebook is the first book of the Buffy the Vampire Slayer Roleplaying Game series. It was originally published on August 15, 2002 by Eden Studios.

Have you ever watched the Buffy the Vampire Slayer TV show and tried to imagine yourself in one of the roles? Maybe you thought to yourself "I wouldn't go up there", "I don't think they are telling the whole story," or "I'll bet someone's hiding in that alley." What if you could take part in a Buffyverse storyline, and do things the way you want?

You might decide to cast yourself as Buffy or one of the Scooby Gang.

Or maybe you would like to create your own Slayer or Scooby and take the fight to the forces of evil.

Or what if what you really wanted was to direct, call the creative shots, plot the plots, and liberally mix the action, adventure, wit and maybe even romance?

What if you could do all that… and more?

Buffy the Vampire Slayer is a complete roleplaying game. In it, you will find: 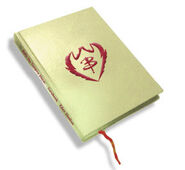 Revised Core Rulebook
Add a photo to this gallery

Retrieved from "https://buffy.fandom.com/wiki/Core_Rulebook?oldid=213972"
Community content is available under CC-BY-SA unless otherwise noted.