watch 03:27
Wiki Targeted (Entertainment)
Do you like this video?
Play Sound

Cassandra Agatha "Cassie" Newton was a Sunnydale High School student with precognition abilities and a friend of Dawn Summers.[1]

Cassie was the daughter of a divorced couple, a mother and an alcoholic father with a criminal record; Phillip Newton. Her mother obtained custody, while her father, only obtained one weekend a month with his daughter. She maintained the blog Cassie's Poetry and Paintings, and was apparently a fan of the band White Stripes. At Sunnydale High, Cassie was friends with Mike Helgenberg and Dawn Summers.[1]

Cassie was sent to Buffy Summers, the school's guidance counselor, because she had stopped doing her homework and her grades had dropped. She told Buffy that she would die on the next Friday.[1]

Buffy, along with Xander, Dawn, Willow, and Spike managed to rescue her from a group of boys who tried to sacrifice her for the invocation of Avilas. However, immediately after, Cassie died of a heart failure caused by a congenital condition, fulfilling her own prophecy.[1]

Before dying, Cassie revealed a couple of precognitions[1] that were fulfilled during the battle between the Scooby Gang and the First Evil's Turok-Han army.[2] She revealed to Spike that "[Buffy]'ll tell [him]"[1] she loved him,[2] and to Buffy that she would make a difference:[1] sharing her Slayer powers with multiple Potential Slayers in the world.[2]

The figure of Cassie later appeared to Willow claiming to have a message from Tara Maclay: if she used magic, she would kill all her friends. Willow believed her until Cassie told her that she should kill herself, to save everyone and be with Tara again. Willow realized that this was not Cassie, so this figure — actually a disguise of the First Evil — taunted Willow and disappeared.[3]

“I want go to the stupid Winter Formal. I have this friend, and it would be fun to go with him. Just to dance, hear lame music, to wear a silly dress and laugh and stuff.”
―Cassie 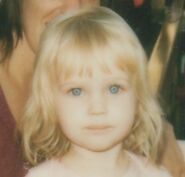 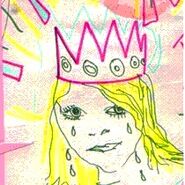 Retrieved from "https://buffy.fandom.com/wiki/Cassandra_Newton?oldid=235212"
Community content is available under CC-BY-SA unless otherwise noted.