Enter the world of the Slayer, the Chosen One who wields the skill to fight vampires, demons, and the forces of darkness… Favorite characters and moments from the beloved television series are represented in this delightful adult coloring book. Containing 45 black-and-white, detailed, and original illustrations, you can add color to Buffy and Co. — and, of course, all the Big Bads![1] 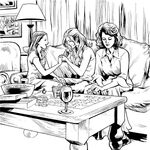 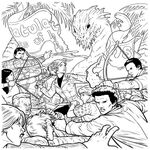 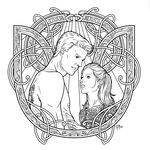 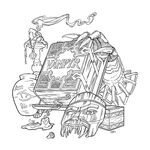 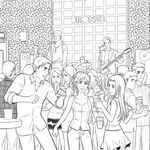 Art by Yishan Li
Add a photo to this gallery

Retrieved from "https://buffy.fandom.com/wiki/Buffy_the_Vampire_Slayer_Adult_Coloring_Book?oldid=213803"
Community content is available under CC-BY-SA unless otherwise noted.