01:47
This article is about the reboot. For other uses, see Buffy.

A new version of Buffy the Vampire Slayer television series is a project in development announced in July 20, 2018, to be produced by Fox 21 Television Studios.

According with the reports, Monica Owusu-Breen has been hired to pen the adaptation and serve as a showrunner, while original creator Joss Whedon will be an executive producer of the series. They are working together on the pilot script, with Gail Berman (who had produced both Buffy and Angel series), Joe Earley, Fran Rubel Kuzui, and Kaz Kuzui serving as additional executive producers.[1]

No official script has been ordered, and the casting for the central role is yet to be determined, but the producers intend to hire a black actress to step into the role. The new version, which will be pitched to streaming and cable networks summer 2018, will be contemporary, building on the original mythology.[1]

The announcement to reboot Buffy comes a few months after Fox and 20th TV chairman and CEO Gary Newman hinted that the title could soon find itself into the studio's development pipeline. "[Buffy] is the most ripe show we have for bringing back, it's something we talk about frequently," he said in March, noting that the choice to do so ultimately was up to Whedon.[2]

Responding to the online backlash, Monica Owusu-Breen seemed to imply that the reboot will involve new characters in place of the originals. In Twitter, she shared the statement:

"For some genre writers it's Star Wars. Buffy the Vampire Slayer is my Star Wars. Before I became a writer, I was a fan. For seven seasons, I watched Buffy Summers grow up, find love, kill that love. I watched her fight, and struggle and slay. There is only one Buffy. One Xander, one Willow, Giles, Cordelia, Oz, Tara, Kendra, Faith, Spike, Angel… They can't be replaced. Joss Whedon's brilliant and beautiful series can't be replicated. I wouldn't try to. But here we are, twenty years later… And the world seems a lot scarier. So maybe, it could be time to meet a new Slayer… And that's all I can say."[3]

Apparently, Nicholas Brendon has not been involved in the project, as he tweeted the following after news went live: "Reading the articles I'm pretty sure the new Buffy is a reboot (continuing stories) and not a remake (new actors playing the original roles)." He also responded to a fan asking how he felt about the reboot saying he was "just happy [Joss Whedon] is involved!".[4]

Similarly, Anthony Stewart Head seemed supportive of the reboot, who wrote: "Whether a reboot or a spin-off, or Re-vamp (see what I did there) it is finally something that Joss will oversee, and it is his universe."[5]

James Marsters also expressed his support, writing: "Holy crap! 'Buffy' is getting a reboot?!! Awesome! Black teen Buffy, cool! Joss is producing, thank god! Empowering the female youth, spectacular!!! Personally I hope that the new show retains the message of 'Don't give up, not on yourself, not on the world.' What do you think?".[6]

Reaffirming his support, he also mentioned his interest on participating in the new series: "Never say never. Joss' mind is always surprising. I'm open to playing Spike if Joss is involved, I am open to whatever Joss has in mind, whether that's Spike or something else. I think the world very much needs a new Slayer right now. I think that we'd have have to get some really good lighting together to sell Spike. What would be great is if he comes back and he's like 'Buffy, you look terrible. I still love you, of course.'"[7]

She eventually elaborated, comparing a reboot with the disaster of the world of Jurassic Park: "So perhaps quite selfishly, I want Buffy to remain like a fly encased in amber. I donʼt need Buffy Park to open on a private island, so the world can see cloned Buffys come to life. It might seem like a good idea at the time — 'Buffy and the Scooby Gang are back, kids, and this time itʼs even better, because thereʼs HD and 'skip the introʼ and gluten-free snacks! — but instead of Buffy and Co. going primal and eating the tourists, Hollywoodʼs greed and lack of imagination will slowly devour their souls.

"[...] And then there are these thoughts: 'Would I ever reprise my character if asked? Wait, why ask yourself a question like that, Emma? No one is asking you to come back!' And: 'The rebootʼs showrunner Monica Owusua Breen didnʼt even mention you in her tweet about Buffy. She mentioned everyone else, however...' And: 'For real, Emma, why give this another thought? Because you were asked how you feel about it girl, thatʼs why!' And: 'It looks like the new Buffy is to be a sequel! James Cameronʼs Aliens was a sequel! Aliens is my all time favorite movie! Go sequels!' And: 'It would be refreshing to see people of color in a nearly all-white Buffy-Verse!' And: 'Maybe new blood in the institution that is Buffy would garner new appreciation for a timeless classic?' As the saying goes, 'Time will tell.'"[9]

In response to fans' negative reaction to the news, David Fury published his opinion: "As one who's credited with the most teleplays in the BUFFYVERSE (save for Joss himself), I'm dismayed that so many fans are not seeing this news as a thing to rejoice. I can only suspect that it's the term 'reboot' that's not sitting well with them. This project is in its infancy, but I can almost guarantee the new series will be a continuation of the original universe, not a 'do-over.' It can just as easily be called Daphne the Vampire Slayer if she doesn't adopt the mantle of Buffy as an homage to a legend. The point is JOSS IS OVERSEEING NEW SLAYER STORIES FOR TELEVISION!! The trademark humor, social consciousness, genre-bending will all be there. It won't replace the original. It will expand the saga (and not in a comic-book form). Will any of the characters from the OS appear? Maybe. Who cares? That universe is the best. (Much better than this one.) I can't wait to watch! Addendum: Some of you are confusing 'reboot' for 'remake.' Reboot just means the machine's starting up again, not like they're going to retell the same stories. Yeesh. C'mon, people."[10]

Drew Z. Greenberg was receptive of the announcement, tweeting directly in response to Monica Owusu-Breen's statement: "Truly could not be more excited to see the #Buffy universe expanded to include more stories. And with my friend and hero @monicabreen at the helm, I cannot wait till I get to watch this show."[11]

Also in reply to the statement, Clare Kramer tweeted: "Welcome to the #Buffy family, @monicabreen! I know I can't wait to learn more about the inclusive vision you and @joss have for today's Slayer, fighting today's battles in an even bigger world. #butdontmakeherarobot #engage"[12]

David Boreanaz also manifested his support on the reboot, saying: "I think it's great. I'm sure they'll find the right storylines and the right people to fill shoes of whatever characters they want to portray. It was great to be a part of it when it first started, and now to see it being revived is just another testimony to the hard work that we did. I congratulate that, and applaud that."

In the same occasion, when asked whether he'd reprise his role if asked, he remarked: "For now, I just let it be and lend my support from afar. [Angel] doesn't age, so it's not like he's not around! Whatever they want to do with the character, it's such a wide, huge universe, you can really go anywhere with characters. I think the storylines will somehow reflect what the characters were about in the past. It's all bloodline, so to speak. Ironic that I called it that! There's always a bloodline somewhere, right?"[13]

Danny Strong declared that he would be happy to reprise his role for the reboot: "I would appear on it as Jonathan if they wanted Jonathan. Poor, poor, Jonathan. I don't think Jonathan made it, though. So it might be tricky."

He also positioned himself in favor of the reboot: "What if it's great? The 'don't touch Buffy' [attitude] I don't agree with, because Buffy will always exist. Those episodes will always exist. And if someone comes and reboots it, it's not going to make those episodes any less amazing than they were before. I'm nervous for them because the bar is so high. I think that the show is so beloved and the show is so well-done that it just could be challenging to pull it off.

"And because of this fan response you already know what you're up against, which is, there is almost this firing squad waiting for you. But at the same time, Joss is involved. If he wasn't involved, I would think it would be a disaster. But Joss is involved and I think that should make the fans feel better that he's involved. But I would say give them a chance. What if it's great? Who knows, it could be amazing."[14]

Few weeks before the news broke, Alyson Hannigan told that, if they were to do another iteration of the show, she would want to be involved. "It would be weird to see a remake with younger people… It would be like, 'No, don't do that!' I would not want to see that. Like, if they remade Buffy with like a new cast… That would hurt… That would hurt."[15]

In contrast, she had a more optimistic approach in an interview specifically about the reboot: "As long as Joss is involved it will be good, I'm sure." Hannigan added that Buffy "was just so incredible and it was, I think, so ahead of its time. Honestly, they should just put reruns on primetime," she said. "I feel like the old show would still hold up. At least that's what people keep telling me. Now the fans of the show, their children are watching, so we have a whole other generation." Hannigan admitted she had no insider details, but she looked forward to seeing if the new Buffy lives up to the storied legacy of the show. "But I don't know. I just hope the reboot is as good as ours was."[16]

Original series executive producer Marti Noxon has described her reaction to the reboot: "I'll be honest, initially I was like, 'Nooo! Don't touch the sacred text!' But the more I learned about it, the more excited I got. [It's] a great concept. I'm excited that there is a female showrunner and that she's a woman of color writing about a woman of color. So I'm actually really pumped for it."

As for whether or not Noxon would sign on for the reboot, she says she's been "kind of busy" doing her own thing (Sharp Objects, Dietland). "So if they ask — I don't know what I'd say," Noxon said. "It depends on what I was doing. But I think they've got it covered (laughs)."[17]

Original series actress Sarah Michelle Gellar stated that she is not involved in the new series and not really interested in returning as Buffy Summers, saying: "I do think that story lends itself, it'd be interesting to see how a chosen one would deal with that. I don't think it's me, I don't think I should be the one doing it." And she added that she's "way too tired and cranky to put in that work again."[18] 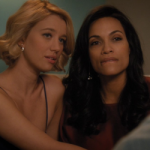 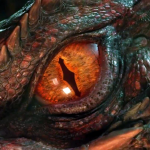