Demons, horror, and fantasy fill these original illustrations based on Joss Whedon's cult-classic television series. Inside this volume focused on their greatest foes, you'll find heroes Buffy, Willow, Xander, and Giles fighting to save the world from the likes of the Master, Angelus, Spike, Drusilla, and other supernatural beasts and beings. Features forty-five original black-and-white illustrations.[1] 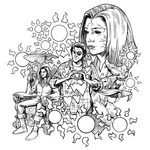 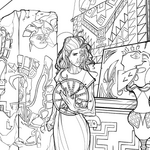 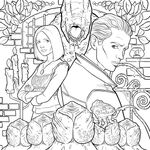 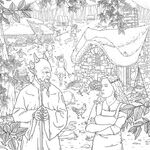 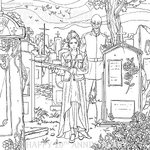 Art by Yishan Li
Add a photo to this gallery

Retrieved from "https://buffy.fandom.com/wiki/Big_Bads_%26_Monsters_Adult_Coloring_Book?oldid=219577"
Community content is available under CC-BY-SA unless otherwise noted.