Andy Umberger is the actor who portrayed D'Hoffryn on Buffy the Vampire Slayer and Ronald Miltzer on Angel.

In addition to Buffy and Angel, Umberger was a recurring actor in the series Bosch, Waco, GLOW, Aquarius, Weeds, The Young and the Restless, Mad Men, Boston Legal, Desperate Housewives, 24, The West Wing, ER, among others.

He also appears in Firefly, being one of the five actors (Jeff Ricketts, Carlos Jacott, Bob Fimiani, and Jonathan M. Woodward) that appeared in the first three series created by Joss Whedon.

After co-starring in his first episode as D'Hoffryn, Umberger reprised his role in three other episodes of Buffy as a guest star. He also guest starred as Dr. Ronald Miltzer in one episode of Angel. 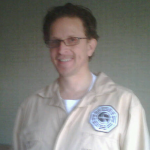 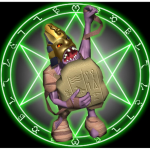