The Origin, Part One

Amilyn was a vampire minion of Lothos.[1]

In the 14th century Italy, Amilyn accompanied Lothos when his master killed a barmaid Slayer.[1]

In 1996, Amilyn attended Lothos on his sleep. He began siring new vampires so his master would soon take over Los Angeles, including Benny. After Lothos woke up, Amilyn brought Cassandra to him, but Lothos killed the girl when she mentioned the word "God."[1]

Days later, Amilyn, Benny, and other vampires attacked Zeph's auto repair, where Pike had been fixing his car. Benny killed Zeph, so Pike drove away, but Amilyn held on to his car. Pike crashed into a tree, which chopped Amilyn's arm off. Buffy Summers arrived and fought off the vampires, kicking Amilyn away. As Amilyn returned with his surviving pack, Buffy and Pike then escaped on a motorcycle.[2]

Amilyn was among the vampires who attacked the school dance at Hemery High School. He cornered Pike and punched him upon the mention of his lost arm. Buffy appeared just as Amilyn was holding Pike by the neck, slaying the vampire in the same way she just had done with Lothos: burning him with a cross and using a hair spray as an improvised torch against him.[3] 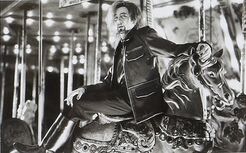 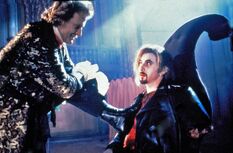 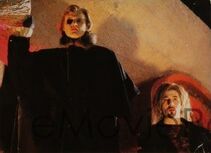 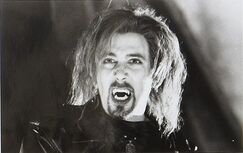 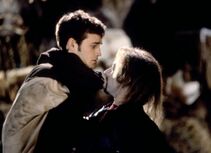